Aasttha Ssidana is an Indian model and actor. She made her acting debut with the Hindi film ‘Runway 34’ (2022) starring Ajay Devgn and Amitabh Bachchan.

She did her schooling at Springdales School, New Delhi. In 2008, she completed her class 12 in commerce. From 2008 to 2011, she pursued BBA (specialisation in finance) from Amity University, Noida.

Her mother’s name is Ritu Sidana. In an interview, Aastha shared that earlier her parents were athletes. Aastha has a brother named Mayank Siddana.

She has worked as a model for many renowned Indian fashion designers such as Sabyasachi Mukherjee, Tarun Tahiliani, and Shivan & Narresh. She has also worked as an anchor for a fitness show named ‘The Perfect Body, Built By Tech’ (2018) aired on NDTV Prime. She is one of the members of the model training school the New Faces Development School of India, New Delhi.

Aastha started her career as an actor with the Hindi film ‘Runway 34’ (2022) in which she played the role of an air hostess.

A collage from the film Runway 34 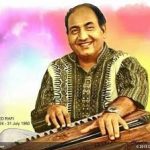 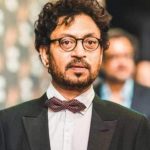