Akash Verma is a professional fitness trainer and model in India. He rose to fame after his appearance in the famous TV reality show MTV Roadies as a contestant.

Akash Verma is a professional fitness trainer and model in India. He rose to fame after his appearance in the famous TV reality show MTV Roadies as a contestant.

He completed his early schooling from a Cambridge International School, Haryana and after that, he completed his graduation from Maharshi Dayanand University, Haryana.

Since childhood, he was inclined towards fitness and modeling and always wanted to pursue his career as a fitness model in the industry.

Akash Verma belongs to a middle-class Hindu family in Haryana, India. He follows the Hindu religion and holds an Indian nationality.

He has one sibling, his elder brother Milan Verma who is also a fitness model and also gave audition for the TV reality show “MTV Roadies” along with Akash but didn’t make it through to culling round.

Akash Verma’s marital status is unmarried. Currently, he is not dating anyone and not even married yet.

Akash very is a handsome hunk and has one of the most impressive personalities in the “MTV Roadies” show.

He is 5 feet and 10 inches tall and his body weight is around 80 Kg. He has stylish black color hair and also has sparkling star-like black color eyes. He didn’t have any tattoo painted on his body.

Many times, he revealed his hobbies as he likes gyming and traveling. He loves to travel with his family and close friends especially to his favorite holiday destination Goa, India.

He also stated that his aim to participate in the “Roadies Revolution” is to raise a voice and bring a revolution in society and to fight with social causes.

Does Akash Verma smoke? – Not Known

He is an avid animal lover and owns a pet dog, Jacob.

Akash Verma With Her Pet Dog

He is a bike enthusiast, and owns a Royal Enfield Classic 350.

He is an ardent devotee of Lord Shiva.

He is a fitness freak and regularly works out in the gym. 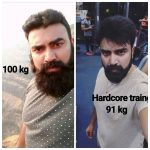 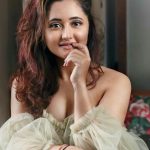 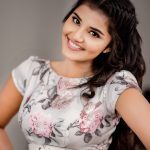 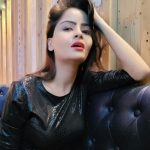