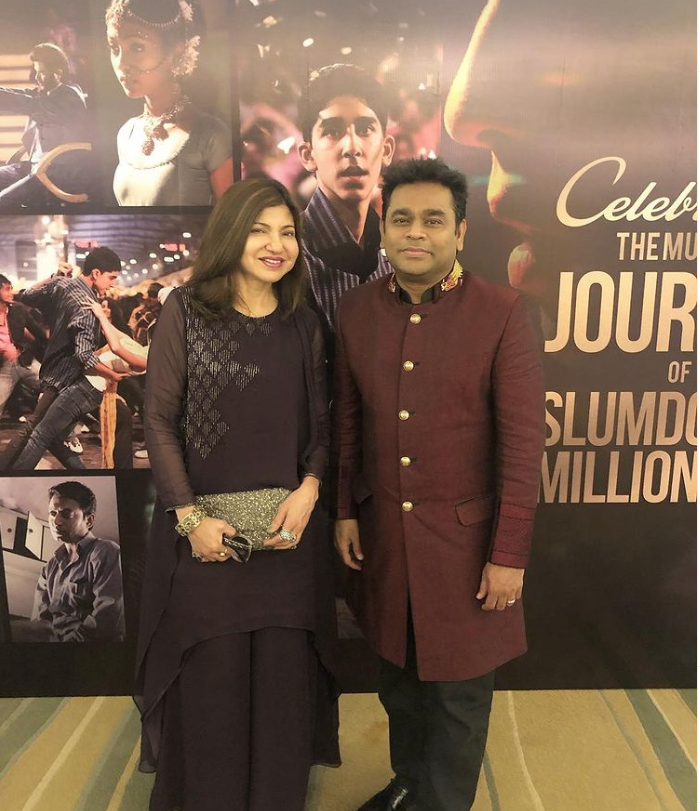 Alka Yagnik is one of the most successful playback singers in India. Yagnik was born in Kolkata on 20 March 1966, in a Gujarati Hindu Family, She started her singing career at the age of 6 years. She sings bhajan for the Akashvani at an early age. In the year 1989, she married Shillong-based businessman Neeraj Kapoor. Alka has a daughter Sayesha and she is 32 years old. Alka’s net worth is estimated to be around INR 30 Crores.

Alka’s most popular song “Choli Ke Peeche Kya Hai” lands her in controversy. More than 50 politicians opposes the use of vulgar words in that song her song was banned to be shown on Doordarshan and All India Radio.

She also blamed Anuradha Paudwal for stealing her songs and using them in herself voice dubbing and implementing them without any permission.

Alka was married to Shillong-based businessman Neeraj Kapoor in 1989, the couple together had a daughter Syesha Kapoor.