Ashfaqulla Khan was an Indian freedom fighter and activist in India’s struggle for independence. He was the co-founder of the Hindustan Socialist Republican Association (HSRA) organisation. He was considered the mastermind of the Kakori train robbery in 1922.

Ashfaqulla Khan was an Indian freedom fighter and activist in India’s struggle for independence. He was the co-founder of the Hindustan Socialist Republican Association (HSRA) organisation. He was considered the mastermind of the Kakori train robbery in 1922.

Ashfaqulla Khan was born on Monday, 22 October 1900 (age 27 years; at the time of death) in Shahjahanpur, United Provinces, British India. His zodiac sign was Libra.

Ashfaqulla Khan belonged to a Muslim Pathan family of the Khyber tribe. [1] [2]

His father’s name was Shafiqullah Khan, and his mother’s name was Mazharunissa. He had three elder brothers. The names of his two brothers were Chhota Ulla Khan and Riyasatullah Khan.

After the arrest of Mahatma Gandhi, he halted his non-cooperation movement in 1922 after the Chauri-Chaura incident. Several revolutionary youths associated with this non-cooperation movement considered themselves the victims of deception, and consequently, they diverted towards the movement led by Ram Prasad Bismil of Shahjahanpur. Ashfaqulla Khan was one of these youths. In 1924, Khan with like-minded revolutionaries and freedom fighters decided to form a separate organisation against British rule. This led to the establishment of the Hindustan Republican Association. The organisation and arrangement of armed revolutions to attain independence from British rule was the main aim of this movement.

In 1925, Ashfaqulla Khan and his party members decided to boost their Hindustan Republican Association movement with arms and ammunition to execute their revolutionary activities strongly against British rule in India. A meeting was organised on 8 August 1925 by the rebels of the Hindustan Republican Association in Shahjahanpur. It was decided at the end of the meeting to rob the government treasury that was carried in the trains by the Britishers, which was actually belonged to India. Ashfaqulla Khan, Ram Prasad Bismil, Rajendra Lahiri, Thakur Roshan Singh, Sachindra Bakshi, Chandrashekar Azad, Keshab Chakravarty, Banwari Lal, Murari Lal Gupta, Mukundi Lal, and Manmathnath Gupta were the names of those revolutionaries who robbed the train that was carrying Indian money in Kakori, Lucknow on 9 August 1925. On that day, the train departed from Shahjahanpur to Lucknow. In the middle of the journey, someone suddenly stopped the train by pulling the chain of the train. Ashfaqulla Khan, along with his companions, Sachindra Bakshi and Rajendra Lahiri, came out of the second class compartment of the train. The guard of the train also came out of the train to check who pulled the chain. During this time, the guard was nabbed by two revolutionaries. The other two revolutionaries pushed the driver out of the train and kept an eye on him. The other two revolutionaries stood at the ends of the train and started firing with their pistols. At that time, they also alerted the train passengers. They said,

Travellers, do not be afraid. We are revolutionaries fighting for freedom. Your lives, money and honour are safe. But take care not to peep out of the train.”

According to the plan, four revolutionaries pushed the money box to the ground from the van of the guard. The box was locked with a strong lock; but, it had a small opening on the top. The opening was so small that money bags could be dropped into it, but nothing could be taken out of it. The revolutionaries tried hard to break the small opening of the box with the help of hammers. Ashfaqulla Khan was the strongest of all of them. He also tried to widen the opening of the money box. In the meantime, when this train was stopped for dacoity, another train was heard coming from Lucknow. The fear of collision of the trains made Ram Prasad Bismil tremble for a moment. Bismil ordered his men to stop firing. He said,

Stop firing. Turn down the pistols. Do not strike the box. Ashfaq, wait for a little.”

The other train was on another track and passed by safely towards Lucknow. The opening of the box widened due to constant blows by the revolutionaries. Soon, the moneybags were taken out of the box easily. All the passengers of the train remained quiet throughout the dacoity including the British personnel. Reportedly, the revolutionaries were seen busy while taking out the money from the box and running towards Lucknow with bundles of moneybags in their hands. A lot of investigations were conducted by the British government but none of the robbers was arrested after a month of robbery.

On 26 October 1925, Ram Prasad Bismil was arrested by the police. Police also tried to capture Ashfaqulla Khan, but he managed to hide in the sugarcane fields that were half a mile away from his home. Till then, all other revolutionaries engaged in the train robbery were captured and arrested by the police. Firstly, Khan escaped to Nepal and then fled to Kanpur, where he met Ganesh Shankar Vidyarthi who was also a reputed freedom fighter. Thereafter, Khan managed to reach Kashi. There, he met his friends at Banaras Hindu University. Khan hid in Banaras for ten months and worked in an engineering firm at Daltonganj in the Palamau district for his livelihood. There he decided to move abroad to master engineering to further assist the freedom struggle movement in a stronger way by meeting Lala Har Dayal. Soon, he went to Delhi to move out of the country. He took the help of one of his Pathan friends from Shahjahanpur. Ashfaqulla Khan hid in his home, and Pathan was also happy to meet his old friend. The night before the arrest, they had dinner together. Till 11 o’clock at night, they kept on remembering the old days and times. The next morning, Ashfaq was in a sound sleep when he woke up by a loud knock on the door. He opened the door in sleepy eyes and fell into the net of the British Police on 17 July 1926. This Pathan friend betrayed Khan by informing the British police. Later, Ashfaqulla Khan was kept in Faizabad jail. Ashfaqulla Khan’s elder brother Riyasatullah Khan was his legal adviser. Reportedly, Khan used to recite Quran in jail and he fasted during Ramadan month strictly. Ram Prasad Bismil, Ashfaqulla Khan, Rajendra Lahiri, and Thakur Roshan Singh were death sentenced by the British government for master planning and execution of the Kakori train robbery case. The other assisting members of the dacoity were awarded life imprisonment.

On 19 December 1927, Ashfaqulla Khan was hanged at Faizabad Jail. [3] His last words before being hanged were:

My hands are not soiled with the murder of man. The charge against me is false. God will give me justice”. La ilahi il Allah, Mohammed Ur Rasool Allah.” 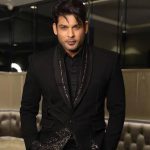