Bindu Madhavi is an Indian model and actress, who worked in Telugu and Tamil films. Bindu also participated in the Tamil reality show Bigg Boss in 2017.

In 2005, She pursued her graduation in Biotechnology from Vellore Institute of Technology. In 2008, Bindu started her career in the Tamil film industry.

Bindu Madhavi received the award in her college days

Bindu Madhavi’s father was a deputy commissioner in the commercial tax department. Bindu’s parents were against her decision of pursuing a career in the film industry. According to Bindu, her father did not speak to her for eight months.

Bindu Madhavi with her father

Bindu Madhavi with her mother

She has a sister whose name is Varsha Govindu.

Bindu with her sister

She had an elder brother whose name was Sagar. Sagar died in 2012.

Childhood picture of Bindu with her brother

Bindu Madhavi desired to become an actress from her childhood. She started her career during her college days, where her first assignment as a model was with the Saravana store sarees. Later, she met Venket Ram, who is a celebrity photographer. Venket did the photoshoot of Bindu Madhavi. Bindu did modelling and appeared in tv ads for brands like Tata Gold Tanishq. She walked the ramp in many fashion shows and was also featured in magazines.

Bindu Madhavi walks a ramp for a wedding fashion show

Bindu Madhavi poses for a magazine

Bindu was offered a Telugu film named Avakai Biryani that was directed by Sekhar Kammula in 2008.

In 2009, she acted in the Tamilian romantic drama film, Pokkisham, in a supporting role. She started getting more offers. In 2010, she worked as a lead actress in Tamilian films like Om Shanti, Rama Rama Krishna Krishna.

In 2011, she was offered the Tamil film, Veppam, in which she was featured in the role of a sex worker. The film did not receive much success however, Bindu was praised for her performance with a reviewer who said in Rediff.com that

she does very well and manages to engage our interest

In 2012, Bindu worked in the Tamilian film named Kazhugu

Bindu Madhavi as a lead actress in the Tamilian movie Kazhugu

Bindu during the promotion of the movie Pasanga 2

In 2016, Bindu worked in a horror comedy film named Jackson Durai and in a comedy romantic movie, Pakka.

Bindu in the film Pakka

In 2017, Bindu was a contestant in the Tamil reality show Bigg Boss hosted by Kamal Hassan.

After appearing in Tamil Big Boss, Bindu got more opportunities in tv commercials, films, and promotional events. In 2020, she also appeared in the Telugu web series named Mastis.

Bindu Madhavi poses for the magazine

Love Quote: You had me at hello by Jerry Maguire 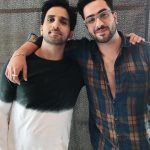