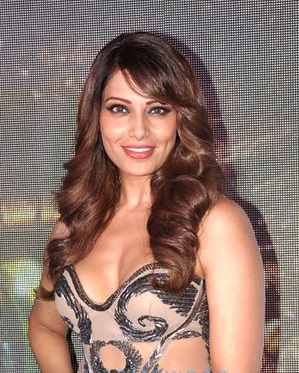 Bipasha Basu is an Indian famous actress and model in Hindi cinema and also woked in Telugu, English and Tamil movies. Bipasha Basu turns 42 years old (age) as in 2021 and celebrated her birthday on 7th January with her family and husband “Karan Singh Grover”. She also considered the “Sexiest Woman in Asia” by UK magazine Eastern Eye and got ranked 8th in 50 most desirable women in 2011 by Times of India. Net worth of Bipasha Basu Rs. 113 Crore as of 2021 and salary 2-3 Crore per film.

She started her career as a Model in the age of 17 by the suggestion of Miss India mode “Mehr Jessia” and took participate in supermodel contest and became the winner of “Godrej Cinthol Supermodel Contest” in 1996 which organized by Ford Motor Company.

Basu continued her modeling career in fashion industry until she does not got offered from film industry. In 2001 she receiving offer for film Ajnabee and played a negative role in her debut movie along with starred Bobby Deol and Akshay Kumar.

She got fame and popularity after the horror film Raaz directed by Vikaram Bhatt with co-stars Dino Morea.

In 2020, she worked in crime drama wed series Dangerous along with husband Karan Singh Grover.

Bipasha was born on 7th January 1979 in Delhi but grew up in Kolkata when her family was moved in Kolkata, she completed her schooling from Gangabux Kanoria Vidyamandir till 12th standard.

In school time she looks like tomboyish nature and many of her classmates was called “Lady Gunda” and new comers also, she was very naughty in her childhood age and fights with colony boys.

In 1996, Bipasha Basu was spotted first time in Kolkata hotel by Miss India model Mehr Jesi Rampal and suggested her to make her career in modeling then she participated in contest as a model.

Basu was a studious girl and choose the science stream biology to pursued her dream to become a doctor but due to her modeling career was gone to be success she declined her dream and quit the study.

In 2015, when he shoot her horror film Alone  with Karan Singh Grover, she fell in love then they dating each other and makes strong relationship with his boyfriend and later they got married on 30 April 2016.

Basu belongs to a Bengali family, her father is a civil engineer and runs a construction company and her mother is a house wife and has one elder sister Bidisha Basu and one younger Vijeyata Basu.