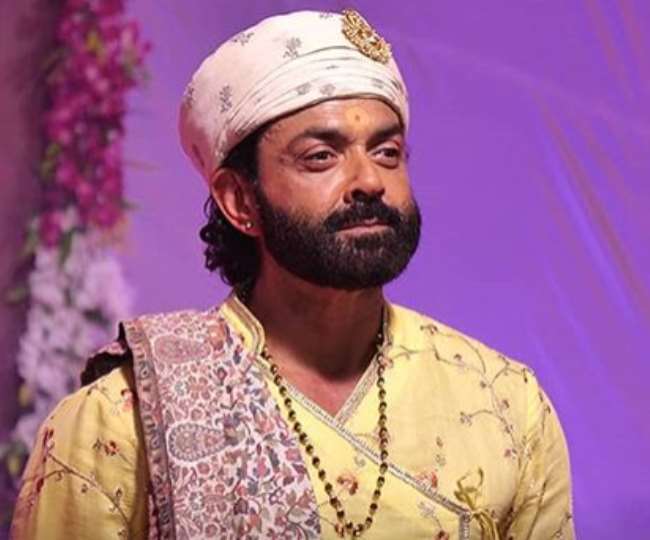 Bobby Deol is a Famous Indian Actor, the most famous movies was given by Bobby Deol like Badal, Bichhoo, and Soldier etc. Now a Days Bobby is Famous for his Web Show Aashram who play a role as a Baba Nirala (preacher) of ashram. This show is reality based on Asaram Bapu(Rapist baba).The Age of Bobby Deol 52 years old in coming 2021.The name of his Wife is Tanya Deol working as a Costume designer.

The Action thriller movies of Bobby Deol were came in 2000 like ‘Badal’, ‘Bichhoo’ and much more in start 2001 Ajnabee was released.

The romantic movie ‘Humraaz’ he was awarded for the Filmfare Best Actor Award.

In 2020 he is on tranding for his work in Aashram is release in MX Player App provide as a free web show, where he played the role of Baba Nirala and Monty.

In Punjabi Jatt family he was born & starts career in the age of 10 years, he was appeared in Dharam Veer first time as a son of Black smith.

During the role of movie he was injured and his leg was broken in the set of ‘Barsaat’ movie for treatment he was gone in London.

He was married with Tanya Deol in 1996 she is the daughter of famous Indian Banker ‘Dev Ahuja’ and now she is working as a costume desiginer.

Bobby was born in a Punjabi sikh Family in Mumbai (Bombay), his father is Dharmendra famous person in bollywood industry. The elder brother of his is Sunny Deol and famous for Dhai Kilo Ka Hathdialogue in movies.

He has two Sisters live in California Vijayta and Ajeeta, his step-mother is famous for dream girl you know Hema Malini she has two daughters Esha Deol & Ahana Deol these two is half sister of Bobby.

He is very fancier in dressing or has bought more than 200 sun glasses, 150 perfumes and 100 belts.