Deepika Khanna was born on Thursday, 22 December 1994 (age 27 years; as of 2022) in Mumbai, Maharashtra, India. Her zodiac sign is Capricorn. She completed her school education at St. Joseph’s High School, Wadala, Mumbai. After finishing her school studies, she went to MMK College of Commerce and Economics, Bandra, Mumbai to earn her graduate degree.

Deepika Khanna has a brother and a sister named Ajay Khanna and Muskaan Khanna, respectively.

Deepika Khanna is not married.

Deepika Khanna is in a relationship with Anuj Kataria.

Deepika Khanna with her boyfriend

Deepika Khanna appeared in the television series Patiala Babes as Chef Simpy from 2019 to 2020. The serial was telecasted on Sony Entertainment Television.

Deepika Khanna in a still from the TV series Patiala Babes

The poster of the film Raksha Bandhan 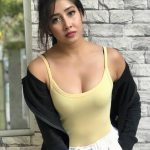 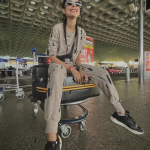