Dhruvi Jani is an Indian television actress. In 2019, she appeared in the SAB TV’s serial Tenali Rama, in which she played the character of Kanta.

Dhruvi Jani and Her Mother

She started her career in 2018 with the Zee TV’s serial “Bitti Business Wali” in which she played the character of Suman. In 2018, she appeared in the Colors TV serial ‘Vish Ya Amrit: Sitara.’ She worked in a travel web show ‘2 Girls’ along with Navdeep Matta in 2018.

In the same year, she appeared in a short film titled ‘Mind F**K,’ based on dealing with depression. Later, she gained immense popularity with her character ‘Kanta’ in the SAB TV’s serial Tenali Rama in 2019.

I have always wanted to learn to drive than ride for a simple reason that I know I cannot fall off a car. This phobia has been resting in my mind since years now. The fall from the bike was very paining but I am a stone-headed girl. I went back to my room and thought about it. There are always situations where one comes across his or her phobia but I see it as an opportunity to not only learn but overcome as well. As an actor, one needs to know and learn everything possible.” 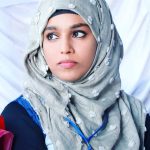 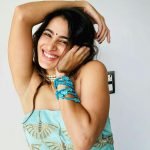