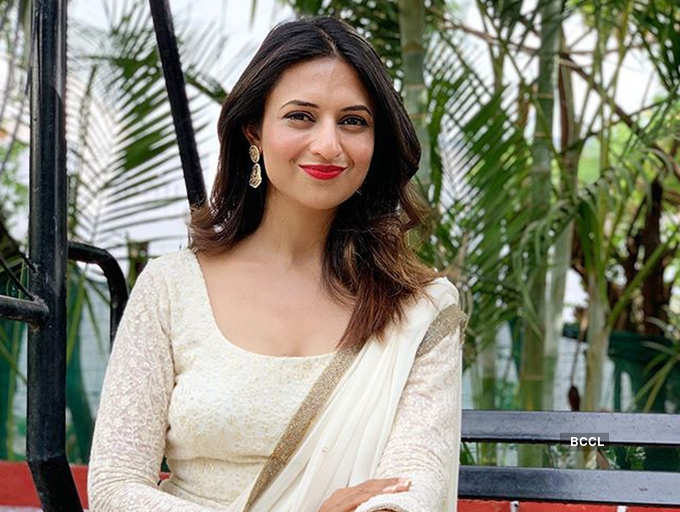 Divyanka Tripathi is an Indian actress, she better known for her duel role in serial “Banoo Mein Teri Dulhann”. Divyanka age is 36 (years old) as in 2021, she engaged with actor Sharad Malhotra for nine years then in 2013 they separated. In 2016 Divyanka married with her boyfriend Vivek Dahiya (husband) in private ceremony in Bhopal. She was placed 23 ranked as “Hottest Actress in Indian Television” by MenXP.com lifestyle website in 2014. She was born in middle class family her younger brother is Pilot and father is a chemist.

She started her acting career with Doordarshan’s daily soaps.

Divyanka started her career debut through TV serial Banoo Main Teri Dulhann in which she played double role one is orphan and illiterate girl as Vidya and other one is modern and literate girl Divya.

In 2004, she won the talent hunts show “The Zee Cine Star’s Ki Khoj” which held in Indore.

Then she appeared in horror show Ssshhhh…Phir Koi Hai and in comedy drama Mrs. & Mr. Sharma as a housewife Rashmi Sharma.

She participated in dance show Nach Baliye 8 along with her husband Vivek Dahiya and won the competition trophy with a cash prize of Rs. 35 lakhs.

In 2019, she also hosted singing reality show The Voice 3 which aired on Star Plus channel.

During the shooting of “Ye Hai Mohabbatein” an staranger person was came close to her and started misbehaving with her and passes bad comments evenly derogatory remarks on the actress. After his misbehaving Aly Goni and Karan Patel handle and beating him for his nonsense things.

Rehearsal vid for those who wanted to see me performing last week.Answer for those who felt I’m faking my injury!#HonestHeart #HonestAction😉 pic.twitter.com/mf02QHF79j

In 2017, while she did rehearsal for dance competition Nach Baliye 8 she injured herself after audience was criticized her of a fake injury, later she posted a dance rehearsal video and clarify her injury was real not a fake injury.

Divyanka was born in Bhopal in middle class family on 14 December 1984, she completed her schooling from her hometown Bhopal.

Since her childhood she participated in school drama, function and some minor roles in telefilms, she also did job as a host in All India Radio (AIR) when she was studied in school and she earned Rs. 800 for it.

In her teenage age her interest was developed in adventurous and she did mountain climbing course from Nehru Institute of Mountaineering Uttarkashi, Uttrakhand (India).

On the advised of her father she joined NCC National Cadet Corps for which she took admission in Bhopal Rifle Academy due to which she won the gold medal in rifle shooting.

After that she thought to become an army officer.

In 2003, she become winner in beauty contest and grabbed the “Miss Bhopal” title.

Her parents encourage her to become an IAS officer then she started preparation to crack the exam but in the midway of her preparation, she got the offered to play lead role in “Banoo Mein Teri Dulhann”, she faces difficulty to convince her parents.

During her early days in acting she faces lots of problems, her father was accompanied while she went for competition in Mumbai. They were travel from Bhopal to Mumbai through roadways bus for various auditions.

She was in a relationship with her ex-boyfriend Sharad almost 9 years. She learned to cook non-vegetarian food for Sharad, otherwise she was a hardcore vegetarian.