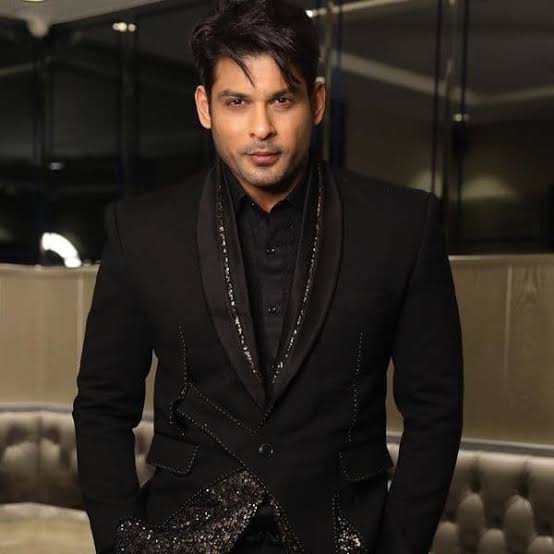 Ganesh Damodar Savarkar was born on Friday, 13 June 1879 (age 65 years; at the time of death) in Bhagur, Bombay Presidency, British India (present-day Maharashtra, India). His zodiac sign was Gemini. Soon after completing his Marathi education at a local school, he shifted to Nashik to pursue higher education in English. Ganesh Damodar Savarkar started reading the texts of the books including Bharatkathasangraha, Pandavpra ap, Ramvijay, Harivijay, Shivleelaamrit and Jaimini Ashwamedha when he was a teenager. A mendicant named Balabuva used to teach him yoga mudras (yogic postures) when he was at Nashik for his higher studies. When he was thirteen years old, his mother died. A few years later, his father also died in a plague epidemic. At the age of twenty, being the eldest, he single-handedly started bringing up his three younger siblings.

He belonged to the Chitpavan Brahmin community.

Vinayak Savarkar (sitting extreme right) with his brothers and their wives

He got married to Yesubai Savarkar in 1896.

A portrait of Yashoda Savarkar, the wife of Ganesh Savarkar

Their two children died in infancy. Ganesh Damodar Savarkar was detained in Andaman cellular jail when his wife, Yashoda died.

Ganesh Damodar Savarkar is known for persuading Indian youth to revolt against the British Raj in India. He believed in the armed revolution to attain freedom. He used to arrange and distribute weapons to the young Indian revolutionaries. During his involvement in the revolutionary activities, he managed to publish the biography of an Italian revolutionary named Mazzini. Ganesh Damodar Savarkar was a renowned freedom fighter who was the leader of an arm revolution against the British government in the Indian states of Bengal, Madras, and Punjab. In 1899, Vinayak Savarkar formed Rashtrabhaktasamooha, which was later renamed Mitramela. The members of Mitramela secretly made a revolutionary organisation and named it Abhinav Bharat. The members of Abhinav Bharat used to celebrate the Hindu festivals such as Dussehra by inviting other revolutionary freedom fighters for the celebrations. Ganesh Damodar Savarkar was a member of Abhinav Bharat and was the secretary of  Lokamanya Tilak. On one such Hindu festival procession, the members of Mitramela organised a campaign on the streets of Nashik while chanting loudly the slogan “Vande Mataram.” Meanwhile, the protesters thrashed a British policeman who hit Babarao with a baton. The incident enraged the Britishers who reached the spot to arrest Babarao and his companions. They were tried, found guilty and penalised with a hefty fine. This was popularly known as the Vande Mataram trial.

Babarao was arrested for thrashing a sub-inspector Hussain, who was posted to control the crowd of the protest. Ganesh Damodar Savarkar was charged with organizing an illegal gathering; however, this case against him was dismissed. During the trial, he fought for himself as he did not arrange any advocate for him. He was sent to jail for a month for disobeying the Sub Inspector. Later, reportedly, a man named Gopal Krishna Gokhale leaked the information about the secret society Abhinav Bharat and its association with the Tilak to the British government. This led the Britishers to keep a secret eye through detectives on all the activities of Babarao and his residence. Soon, he was arrested in Mumbai where he had arrived to discuss the revolutionary plannings of his group. In the court trials, his book titled Laghu Abhinav Bharat Mala, a collection of 18 Poems, was presented as evidence against him to prove him guilty of provoking Indians against the British empire.

The then Nashik District Collector, Jackson pronounced in his judgement on 8 June 1909 that Ganesh Damodar Savarkar was transported for life. Soon after his detention and imprisonment at Andamans in 1909, one of his revolutionary companions Anant Kanhare assassinated Jackson, the collector of Nasik, as revenge for Ganesh’s arrest. According to the Bombay High Court website, in 1909, Ganesh Damodar Savarkar was associated with the ‘Nasik Conspiracy Case.’ The Bombay High Court website claimed in one of its articles that the Savarkar brothers were the masterminds of the Nasik Conspiracy Case. It cited,

Among these thirty-eight persons, one was Vinayak Damodar Savarkar. From the evidence, it was clear that Savarkar (with his two brothers) was the brain, leader, and moving spirit of the conspiracy.”

In 1919, Ganesh Damodar Savarkar was diagnosed with Tuberculosis due to the ill-treatment and continuous torture provided to him at the cellular jail. The British government did allow him to get the basic treatment for the disease. Due to the contaminated food, Ganesh Damodar Savarkar fell severely ill in Andaman cellular jail. The Muslim wardens of the jail were serving the contaminated food to the Indian prisoners on the orders of Irish jailor, David Barrie. This incident provoked Ganesh Damodar Savarkar to hold a protest against the British government along with his fellow beings. In 1911, he met his younger brother Vinayak Savarkar in jail. Vinayak Savarkar was punished for providing armed weapons for the killing of Jackson.

In 1921, on the plea of Bal Gangadhar Tilak and Surendranath Banerjee and public pressure, Ganesh Damodar Savarkar and Vinayak Savarkar were transported from cellular jail to Alipore jail in Calcutta. At the beginning of the following year, Ganesh was moved to Sabarmati jail from Alipore jail. During his detention at Sabarmati jail, he learnt that some pan-Islamists were conspiring to invite Amir-Amanullah of Afghanistan to attack India with the intention of invasion to drive the Britishers away. He wished to convey this information to all the Indians so that he could alert them of the Gandhi-Amanullah pact. He urged the British government to release him, but his deteriorated health conditions ruined his all plans, and the jail authorities hospitalised him in the third quarter of the year. Next year, his younger brother Narayanrao Savarkar filed a petition to the British government to release Ganesh Damodar Savarkar, and in September 1922, after thirteen years of severe imprisonment, Ganesh Damodar Savarkar was released from jail. When he came out of jail, he was in a critical stage and was on a stretcher.

On 15th February 1931, Ganesh Damodar Savarkar met Mahatma Gandhi at Gandhi’s Ashram in Wardha. In a long conversation, Ganesh requested Mahatma Gandhi to seek the release of Bhagat Singh. However, Gandhi left with no answers to Ganesh’s questions as Gandhi wished for the path of ahimsa. Later, Ganesh Damodar Savarkar devoted his entire life to propagating the principles of Hindu Society. In one of his public speeches, Ganesh Savarkar claimed that he opposed the Hindu-Muslim unity ideology of Mahatma Gandhi. He said,

Freedom could not be won by pleadings and petitions, it could be attained by adopting a Russian-style terrorism if need be.”

In 1923, Ganesh Damodar Savarkar established the ‘Tarun Hindu Sabha,’ a branch of the revolutionary group Hindu Mahasabha. To propagate the ideologies of Hinduism and his organisation, he travelled extensively for four to five years all across India. This organisation was open to anyone aged between 16-40. The new members of this group were allowed to join this organisation only after vowing to participate in the Shuddhi movement, which tried to inculcate the abolition of caste discrimination practices among the Indian youth and to train oneself in self-defence.

In one of the articles of Hindu Janajagruti, an Indian website, it was cited that Babarao Savarkar was the pioneer to claim India as a Hindu nation. In one of his speeches, Ganesh Damodar Savarkar claimed,

Hindustan is a Hindu nation.”

Dhananjay Keer, an Indian biographer, stated in one of his books on Ganesh Damodar Savarkar that in 1909, the Nashik District Collector, Jackson worked as oppressive machinery of the British Empire and deported Babarao to the Andamans. Keer wrote,

Indian author and politician, M. J. Akbar stated in his book titled ‘India: The Siege Within’ that Babarao Savarkar co-founded the Rashtriya Swayamsevak Sangh (RSS) and later, merged his own organisation into RSS. Akbar wrote,

During his participation in the Indian independence movement, Babarao Savarkar used to contribute articles to well-known publications such as Kesari (Pune), Lokamanya (Mumbai), Maharashtra (Nagpur), Sakaal (Mumbai), Aadesh (Nagpur), and Vande Mataram (Mumbai). He was a voracious reader and accomplished author who used to write a diary during his detention period. His first book was ‘Rashtramimansa va Hindusthanche Rashtraswaroop’ (Analysis of the concept of nation and the nature of India’s nationhood), a Marathi book. His other writings include ‘Hindu Rashtra- Poorvi, aataa, aani pudhe’ (Hindu Rashtra – past, present, and future) and ‘Christ Parichay.’ ‘Christ Parichay’ was a disputable book in which he asserted that Christ was born Hindu. In 1938, an Indian author Golwalkar published a book titled “We, and our Nationhood, Defined,” which was based on the ideology of nationalism and Ganesh Damodar Savarkar’s essay “Rashtra Mimansa.” In Rashtra Mimansa, Ganesh Damodar Savarkar focussed on systematically explaining the ideological statements of the Rashtriya Swayamsevak Sangh (RSS).

A picture of RSS participants