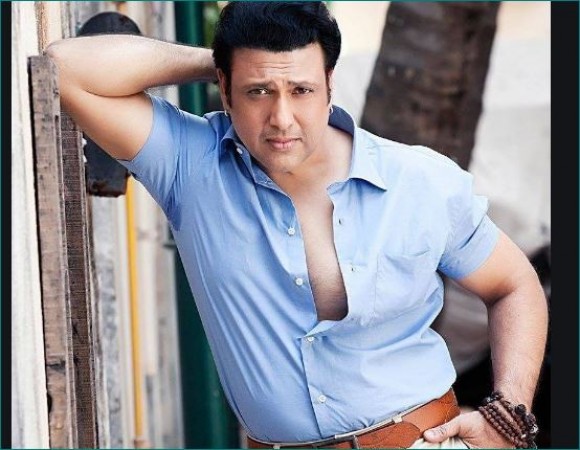 Govinda is an Indian Actor, dancer, comedian and politician, he known for his dance style and famous song Ankhiyon Se Goli Maare. In 1999 he was the world’s 10th greatest star (in voting) according to BBC news, “Govinda” and “Kader Khan” Biochemistry was almost same in purpose of comedy. Govinda celebrated his Birthday on 21st December, the age of Govinda is 57 years old as in 2020. He has one Daughter Tina Ahuja who worked as an actress and his Wife Sunita Ahuja.

He was started his career in hindi film  when his uncle Anand offered a lead role in Tan-Badan, after which got some fame for to make career in movies, than his first Debut movie was released in 1986 Iljaam which was successful in box-office.

Very emotional movie Swarg in which he play a role as a servent of his Maalik(owner), in middle part of the movie his maalik was get fired of his job, later he became an famous actor and got so much fame but he doesn’t forgot of his old days and Maalik.

The famous movie Gadar he got the role but he declined it, later offered the movie to Sunny Deol.

His famous movie Aunty No. 1 named was choosing “Aunty” but later add the No.1 in movie title.

In January 2008, He slapped Santosh Rai during the set of “Money Hai to Honey Hai” Govinda claimed that he was misbehaving on the set of Filmistan Studio, Mumbai, Rai filled the complaint against his in Police station.

When case was transferd in Bombay High Court matter was suppressed by the court, later Rai went to Supreme Court and courts took action and issued a notice to Govinda that make apologies and paid Rs. 5 lakh as a Compansation to victim.

He was born on 21 December 1963 in Virar Maharashtra but grew up in slums of Mumbai, he was crazy for to watching movies he used to saved the money especially for watching movies.

In whole life of Govinda his father produced only one film which got flop on box office he faced financially crises, his family was shifted from bungalow to urdan-rural areas.

His mother was not to support to become an actor, she wanted him to become a banker, but he gave audition without his mom to know.

In Rajashri Studio he was rejected many times during audition, but later his hardwork makes his perfect in acting.

He was rejected when he applied for a Job in Taj Mahal Hotel because his English was not good and fluent.

In 1987 he got married and tie knot with Sunita Ahuja, but he was not revealed their marriage in media till four years.

After the marriage he was involed in some affairs and his marriage was on the verge of divorce due to his affairs.

He loved to spend time in long travel journey in famous cities like Dubai, Goa and more.

Some minor known facts about Govinda