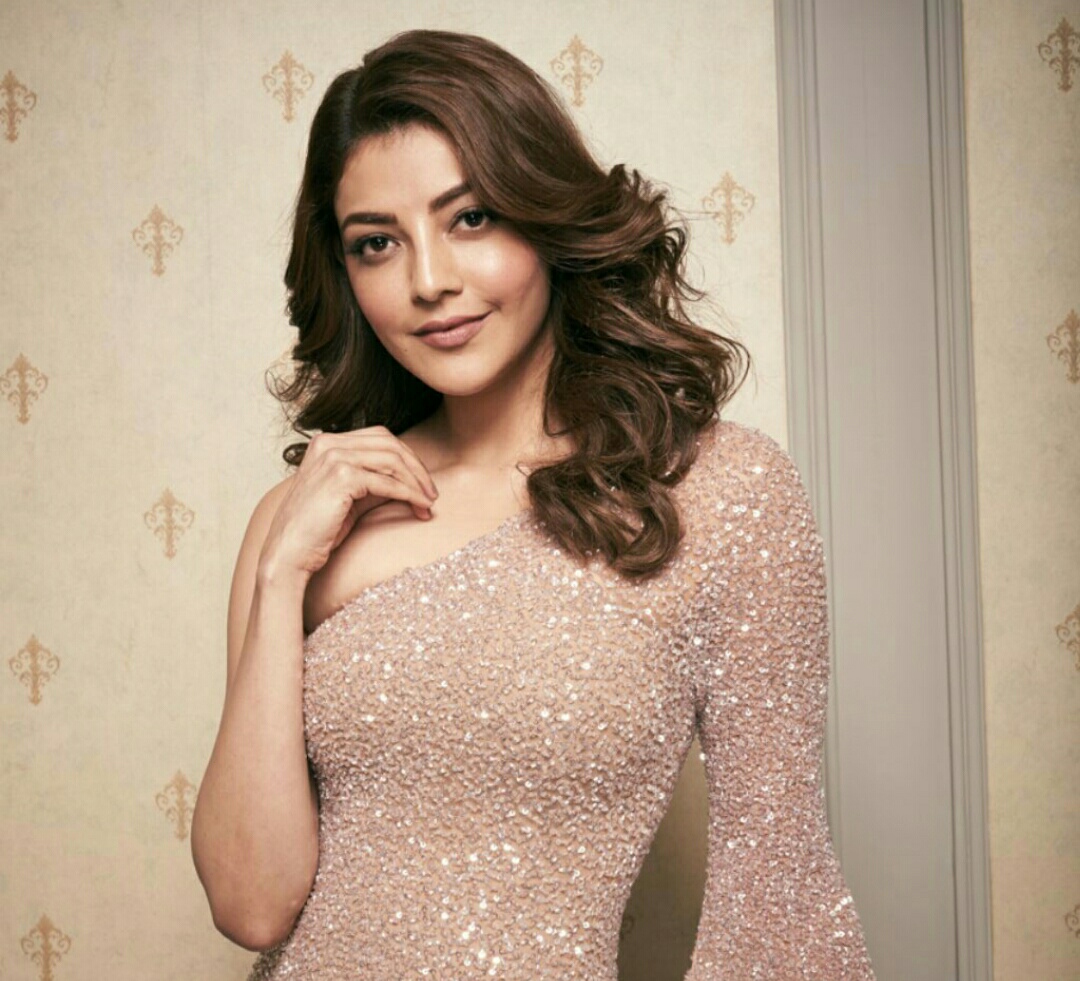 Kajal Aggarwal is a famous south actress and model, she came in limelight due to her Hindi film Singham with Ajay Devgan in 2011. Kajal age is 36 (years old) as in 2021 and she was born & brought up in Mumbai in middle class Punjabi family, the caste of her is Baniya and has family roots from Amritsar.  The name of her Husband is Gautam Kitchlu. Kajal net worth is estimated around Rs. 70 Crore (INR) and she charged Rs. 1-2 Crore per film as a Salary. Gautam Kitchlu 3 years elder than her wife Kajal.

She started her filmy career through her Bollywood debut film Kyun…! Ho Gaya Na (2004) and then she played the role in Tamil film Bommalattam released in 2008.

In 2007, she ventured in Telugu film and made her debut film was Lakshmi Kalyanam with opposite Kalyan Ram

In 2009, she worked in four films simultaneously like Modhi Vilayadu, Magadheera with opposite Ram Charan, Arya 2 with Allu Arjun and Ganesh Just Ganesh along with Ram.

She appeared with Prabhas in romantic film Darling (2010) and gained commercial success and positive reviews by the audience and fans.

She also gave hit Hindi film Singham with opposite famous actor Ajay Devgan (2011)and Special 26 (2013) was hit on box-office.

In 2020, she appeared with actor Chiranjeevi and Ram Charan in action film Acharya and in Hindi film Mumbai Saaga (2021) with co-stars John Abraham and Emraan Hashmi and Suniel Shetty.

The famous magazine FHM declared her topless photo on magazine cover due to which she raised the issue on the Magazine for featuring altered image of her.

Kaju was born in Punjabi-middle class family on 19 June 1985, her family roots is Amritsar. She is very closest to her mother and followed her rule in life.

She was completed her schooling from St. Anne’s High School, Mumbai and for higher education she joined the K.C. College and completed her degree in Mass Communication, specialize in advertising and marketing.

When she was in her final year of internship with L’Oreal, she tries her luck in modeling after the recommendation of photographer and she was selected for film with actor Nana Patekar.

She wanted to master Degree in MBA from Paris but she quit her dream in master program.

She grabbed the many projects in commercial advertisement company and become a brand ambassador of big brands.

She tied knot with Mumbai-based entrepreneur ‘Gautam Kitchlu’ on 30 October 2020 in the presence of few guests in her hometown Mumbai. [1]

In 2017, she also established her own android app to interact with fans smartly and launched the app, the app named Kajal Aggarwal Official.