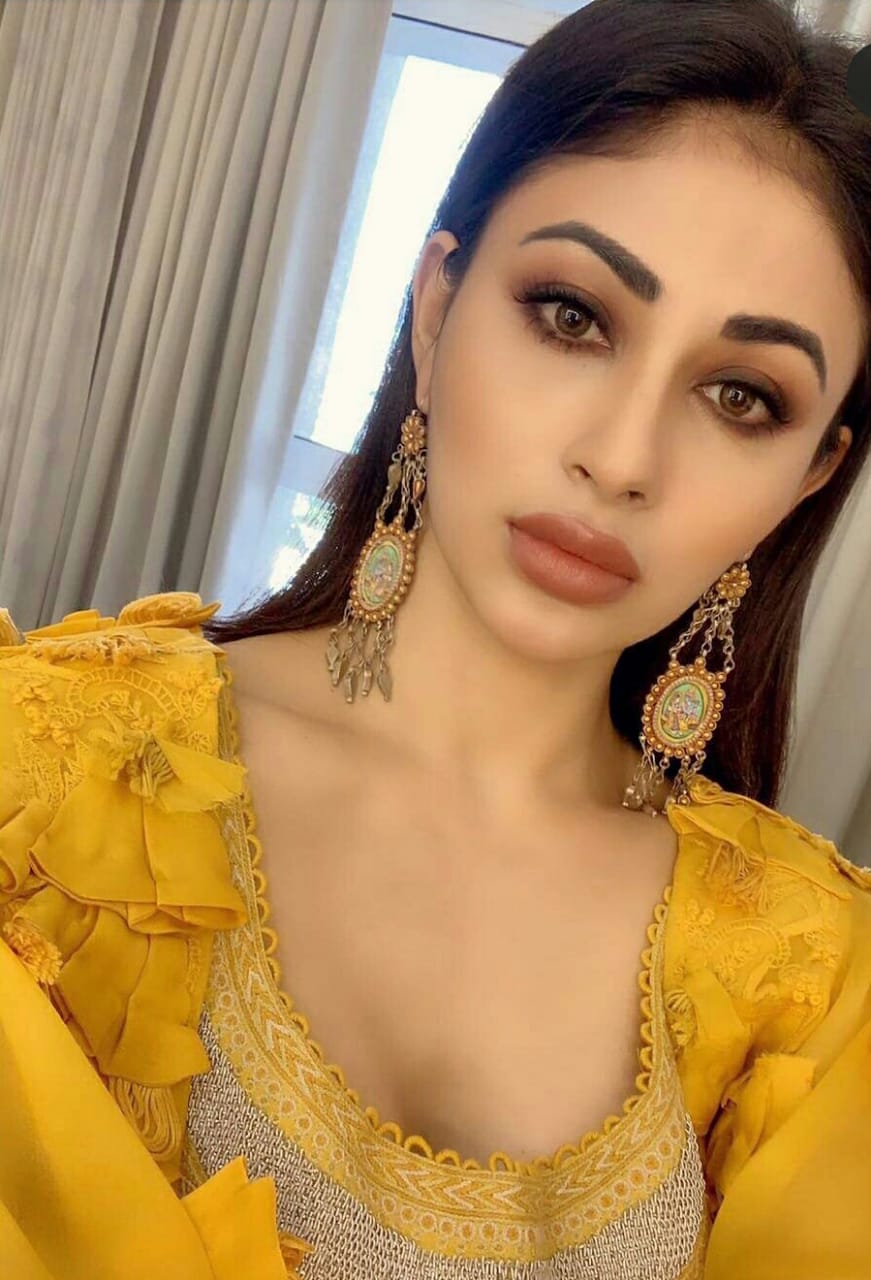 Mouni Roy is a famous television actress, dancer, and former model. She known for her famous role in the serial “Devon Ke Dev…Mahadev” as Sati and “Naagin…Mohabbat Aur Inteqaam Ki Dastaan”, Mouni Roy age is 36 (years old) as in 2021 and she engaged with her boyfriend Suraj Nambiar who is a Dubai-based businessman. She belongs to a Bengali family her mother was a theatre artist and her grandfather also well Known person in theatres.

She began her filmy journey through the Television serial Kyunki Saas Bhi Kabhi Bahu Thi as Tulsi which directed by Ekta Kapoor in 2006 and gained some fame after her drama.

After that she got many offered to play a role then she appeared in the various television serial “Kasturi”, “Naagin”, “Meri Aashiqui Tum Se Hi” and “Do Saheliyaan”

In 2008, she participated in the dance show Zara Nach Ke Dikha along with partner Karishma Tanna and Jennifer Winget.

In she also try her luck in the Punjabi film “Hero Hitler in Love” in 2001, and then she participated in Jhalak Dikhhla Jaa 7 along with Punit Pathak in 2014.

She played a cameo role in the television serial Naagin 3 as a Mahanaagrani Shivangi in 2019 and the same year she also appeared in Bigg Boss 13 as a guest in the show.

In 2018, she ventured into Bollywood and acted in her debut movie Gold with opposite famous actor Akshay Kumar which directed by Reema Kagti and she received positive reviews and critically acclaimed by the audience and fans.

Famos actor Yash film KGF 1, she appeared in item song Gali Gali in 2018 and viral on Youtube which received 300 million views on her song.

On 10 January 2021 National Stock Exchange posted her hot photo accidentally on the official account of Twitter NSE with the caption “Soaring Saturday temperature high” but later they deleted her post and for the inconvenient issue, the agency makes apologies to her followers and Mouni Roy.

Mouni Roy was born in Bengali family on 28 September 1985 in filmy background family her grandfather and mother was well known artist in theatre.

She is very inspired by her father and embedded her father rules in her life.

She completed her education till 12th class then she moved for higher studies in Delhi and enrolled in Jamia Millia Islamia University in Delhi for Mass Communication course but she quit her course and moved in Mumbai.

Since her college days she worked as choreographer and then she try her luck in film industry and she featured as a background dancer in song “Nahi Hona” in film Run in 2004.

She trained in different dance including Kathak and Ballerina.

She has a good relationship with Sanjeeda Sheikh and considers her as a best friend.

She loves to travel in different countries and she travelled in various country like Dubai, Hong Kong, New York, Paris, and Europe.

Roy has a habit to read novels and books whenever she was travelled any place she put some books in her luggage.

Along with acting and dancing she is good in to draw beautiful painting and sketching in rest of time.