Naveen Pandit is an Indian actor who primarily works in the Indian television industry. He is well known for his appearance in the shows Jiji Maa (2017) as Karma on Star Bharat, Dil Sambhal Ja Zara (2017) as Karan on StarPlus, and Ranju Ki Betiyaan (2021) as Vishesh on Dangal TV.

Naveen Pandit aka Naveen Pandita was born on Tuesday, 25 December 1990 (age 31 years; as of 2021) in Nagrota, Jammu and Kashmir, India. His zodiac sign is Capricorn. He completed his schooling till the third standard at C.P. Bal Bhawan Primary School. Later, he studied at Kendriya Vidyalaya, Nagrota, Jammu. Naveen graduated from Graphic Era University in 2012.

A picture of Naveen Pandit with his friends

His mother’s name is Babli Pandit.

Before marriage, Naveen Pandit and Shubhi Choudhury dated each other for around two and a half years. They met in Pune, where they worked at an IT company.

Naveen and Shubhi got married on 27 April 2019 in Shamli, Uttar Pradesh.

In an interview, he said,

Just seven days after my arrival in Mumbai on May 7, 2016, I realised that I was in love with Shubhi. Her absence of six days made me realise her importance in my life. Earlier, I wasn’t sure if I had time for love as I wanted to focus on work. It’s very easy to feel tempted, especially in this industry and with so many beautiful faces around. But, I have never given into it, as I can’t put a lifetime of happiness at stake for anything frivolous. Shubhi was with me when I needed her the most. She has not only supported me emotionally, but also financially.”

Naveen Pandit is a Kashmiri Pandit.

Naveen started his career as an IT engineer in Hyderabad. He worked with Infosys in Hyderabad for around 2 years. Later, he shifted to the Pune branch of Infosys and served there for around a year as a Senior Systems Engineer.

Naveen Pandit with his Infosys colleagues

In 2016, he left his job and shifted to Mumbai to pursue his career as an actor. In an interview, he said,

I knew I wanted to be an actor and started working in that direction. I took a transfer to Pune so that I could travel easily to Mumbai for auditions. I joined a theatre group so that I could polish my skills. But when I was in Pune nothing materialised. That’s when my friends from the industry told me that I should move to Mumbai. It was a big decision, but I decided to go ahead with it. I came to Mumbai in 2016. My family supported me both mentally and financially so that I could do what I wanted to

In 2018, Naveen Pandit appeared in a short feature film Trippy Trip (2018) on MX Player in which he played the role of Kunal.

In 2020, Naveen Pandit was seen in a short film Kashmiriyat in which he played the role of Liyaqat; the film was premiered on YouTube.

In 2016, Naveen made his debut on television with the show Bade Bhaiyya Ki Dulhania in which he played the role of Sanjay Thakral on Sony TV.

In 2017, Naveen appeared in three television shows; as Karma on Star Bharat’s Jiji Maa, as Karan on StarPlus’ Dil Sambhal Ja Zara, and as Akbar on Sony SAB’s Tenali Rama.

Naveen Pandit in a still from the show Tenali Rama

In 2021, Naveen played the role of Vishesh Pandey in Dangal TV’s show Ranju Ki Betiyaan. In 2022, he appeared in the show Pushpa Impossible as Ashwin on Sony SAB.

In 2018, Naveen participated as a contestant in the show ‘Ek VJ Ke Liye the Hunt is On,’ a Video Jockey hunt show on Sony Mix & Sony Rox HD.

Naveen Pandit featured in a few videos for the channel AskMen India, namely, ‘Should We Break Up?,’ ‘Not A Special Women’s Day,’ ‘Tinder Date In Lockdown’, and ‘Intimate Things Couples Do’ on YouTube. He has a self-titled YouTube channel where he posts videos about his life experiences. 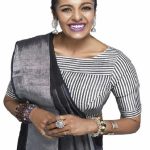 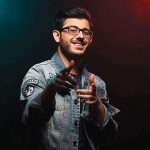