Poojan Chhabra is an Indian model and actor, who is known for his work in Hindi language we series like Kota Factory (2019) and Home Shanti (2022).

Poojan Chhabra is an Indian model and actor, who is known for his work in Hindi language we series like Kota Factory (2019) and Home Shanti (2022).

Poojan Chhabra was born in the year 1993 (age 28 years; as of 2022) in Mumbai, India. He attended The Air Force School, Mumbai for his primary and secondary education. Later, he got himself enrolled at the Kishinchand Chellaram College, Mumbai to pursue his higher education. Poojan was inclined towards acting and drama since childhood. He used to actively participate in the drama events organized in his school.

Poojan Chhabra belongs to a middle class family of Mumbai. His mother’s name is Arti Babbar. He has an elder sister named Deeksha Chhabra.

Poojan Chhabra with his parents and sister

Poojan began his career as a model, walking the runway for a number of well-known designers. Later, he began appearing in television ads for businesses such as Nestle and Coca-Cola.

Poojan Chhabra with his parents and sister

Chhabra made his acting debut in 2019 with Raghav Subbu’s Hindi-language online series ‘Kota Factory.’ The show follows Vaibhav (Mayur More), a 16-year-old lad who travels to Kota from Itarsi. It highlights city student life as well as Vaibhav’s efforts to seek admission to IIT by passing the JEE Advanced exam. Poojan had the opportunity to work alongside performers such as Jitendra Kumar, Ahsaas Channa, Alam Khan, and Ranjan Raj while filming the series. The show was initially shot in colour, but was subsequently converted to monochrome in post-production. This colour palette was supposed to symbolise the students’ existence in Kota, which was colourless, sad, alienated, and generally depressed.

The actor then appeared as Tinku in the television series ‘Sector 12 Ka Kitty Club’ in 2020. The show is a humorous joyride in which an ensemble cast, dominated by women, gives you a glimpse into their lives’ turmoil. This is a lighthearted family sitcom with an observational comedy about stereotypes, taboos, and ordinary squabbles. Poojan Chhabra, Hena Aghi, Vandana Chopra, Pali Tikka, Guneet Kaur, Radha Khandelwal, and Preety appeared in Kunjan Verma’s drama series.

Poojan Chhabra rose to prominence following the announcement of his collaboration with Hotstar Special for their online series ‘Home Shanti.’ The series, directed by Aakanksha Dua, will star newcomers Poojan Chhabra and Chakori Dwivedi alongside veteran actors Supriya Pathak and Manoj Pahwa. The plot centers around the Joshi family’s long-held dream of becoming first-time homeowners. The Dehradun-based family is confronted with the job of finding a new house after being compelled to leave their comfortable government-allocated accommodations where they had been residing for the previous 20 years. With little time to leave their current property, the four-person family set about the onerous work of building a new home on a small plot of ancestral land. The trailer begins with the Joshi family, a four-person family, driving in a car. It introduces Manoj as Umesh Joshi, a comic Hindi newspaper columnist, and Supriya as Sarla Joshi, a stoic school vice-principal. In one of the photos, their two children are seen fighting. Sarla decides to accept voluntary retirement in order to avoid having to relocate her family. The series was annouced to premiere on Disney+ Hotstar on 6 May 2022. Talking about the story line of the series, director Aakanksha Dua said,

Home Shanti as a family drama takes a close look at the emotional journey a family makes while building their dream home. It is a breezy, uplifting and humorous drama that will make the viewer fall in love with the Joshis and root for them till the last brick has been laid. I feel incredibly grateful for Supriya Pathak and Manoj Pahwa, who brought their wondrous synergy to the drama. Their on-screen chemistry pulled at my heartstrings and I am sure they will cast the same spell on the audience. We’ve got some talented actors, Chakori Dwivedi and Poojan Chabbra as the Joshi siblings who have made the characters so loveable. Happy Ranajit as the contractor is spot on! Infact the entire cast of ‘Home Shanti’ feels like a fun ensemble and the characters grow on you. Can’t wait to see the audience’s reaction to this emotional cushion of a drama.” 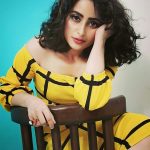 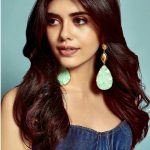 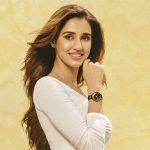