Pritish Narula was born on 26 July in Chandigarh. His zodiac sign is Leo. He did his schooling at St. Stephen’s School, Chandigarh.

In 2002, he pursued a bachelor’s degree in Electronics and Communication Engineering at Shaheed Udham Singh College of Engineering & Technology, Tangori, Punjab. Later, he attended the Nirma University Institute of Management, where he pursued an MBA degree.

Pritish Narula’s father, Satish Narula, is a renowned horticulturist from India who worked as an advisor to the Rashtrapati Bhawan and developed two gardens viz. Nutrition Garden and Spiritual Garden as per the requirements of the then president of India  Dr APJ Abdul Kalam. Pritish Narula’s mother’s name is Poonam Narula. Pritish has two brothers named Udit Narula, and Amit Narula.

Pritish Narula with his family

Pritish’s wife’s name is Riddhi Mavani. He has a daughter named Sara Narula.

Pritish Narula with his wife

Pritish Narula with his daughter

Pritish began working for Citibank in 2008 as an Assistant Manager-Assets (Cards). In 2010, he was promoted to the position of Manager at Citibank. In 2013, he joined Deutsche Bank and worked there for one year.

In 2010, he created his YouTube channel, Pritish Narula, and started uploading his stand-up comedy videos. Subsequently, in 2014, he joined a comedy company The Canvas Club. In 2022, he made his television debut with the reality comedy show ‘Good Night India’ on SONY SAB TV. In the same year, he appeared in the Sony TV comedy show ‘India’s laughter champion’.

Pritish is the director at Kisaan Express Private limited. 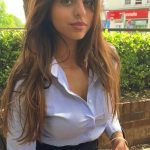