Riyasdeen Shaik Mohamed is an Indian entrepreneur and audio engineer. He is known for being the fiance of A. R. Rahman‘s elder daughter Khatija Rahman.

Riyasdeen Shaik Mohamed was born in a Muslim family.

Several Bollywood celebrities including Harshdeep Kaur, Shweta Pandit, and Neeti Mohan congratulated the couple by commenting on his Instagram post.

As an audio engineer, Riyasdeen is skilled in Pro Tools, Logic Pro, Reaper, Track Live, Music Management, Sound, Digital Recording, Music Education, and Music Technology. In 2013, Riyasdeen, while pursuing a diploma in audio engineering, did a part-time job as a recording engineer for Shimmr Studious, Chennai, and gained some experience in audio management. In 2014, Riyasdeen started working as an assistant audio engineer for Sri Mutha Venkata Subba Rao Concert Hall, Chennai. Following this, he worked as a full-time sound engineer for KM Music Conservatory, Chennai. Riyasdeen Shaik Mohamed has been associated with many different music producing companies like AM studio and YM Studio. He has also worked as a freelance master engineer for Apple for the iTunes program to meet their standards and criteria to correctly master music for iTunes (MFiT). Although Riyasdeen was a part of the music industry for a long time, he gained his first music credit for the music of the film ‘Tamasha’ (2015). The soundtrack for the film ‘Tamasha’ was composed by A. R. Rahman. Riyasdeen Shaik has worked as a live sound engineer for the music composers A. R. Rahman and Amit Trivedi. He, as an audio engineer, has worked with companies such as Waves Audio and Audinate. 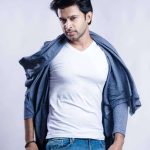 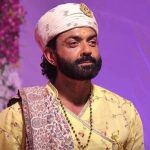 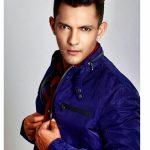