RJ Chaitu is an Indian radio jockey, YouTuber, and TV presenter. As a radio jockey, he is known for hosting two top-rated radio shows ‘Zabardasth Masti’ and ‘Midnight Biryani’ on Red FM Hyderabad.

Chaitanya Basava was born on Wednesday, 2 August 1989 (age 32 years; as of 2021), and he hails from Vijayawada, Andhra Pradesh. His zodiac sign is Leo. He did his schooling at TCMA English Medium High School, Vijayawada. He had a troublesome childhood after his father’s death. At the age of 12, he started earning by pursuing odd jobs like delivering couriers. Since childhood, he was talkative and participated in numerous interactive school activities.

He pursued his intermediate studies at Andhra Loyola College, Vijayawada. Once, during his college days, he watched singer-songwriter Devi Sri Prasad‘s live concert. The singer’s performance and interaction with people intrigued Chaitu to become an entertainer. In 2008, he moved to Hyderabad, where he attended Osmania University, meanwhile seeking further opportunities. He also pursued a diploma in animation at Arena Institute, Dilsukhnagar. In an interview, he recounted his hectic schedule in Hyderabad and said,

I would go to the animation course in the morning, college in the afternoon and worked at a call centre at night. I barely slept during that period of life.”

During those days, he also listened to the radio shows of RJ Raaj and RJ Prateeka, which prompted him to become an RJ.

Childhood picture of RJ Chaitu with his father

RJ Chaitu with his mother and brother

During an interview in 2018, he revealed that he wasn’t dating anyone.

RJ Chaitu worked at various places like shopping malls, call centres, and gift shops, before venturing into the radio industry. He was rejected for the job of a radio jockey six times due to the accent he had developed at the call centre training. He landed a job in 2009 when RJ Kajal of Red FM Hyderabad enjoined him to audition for an Outdoor Broadcast (OB) radio show. Taking permission from his office, Chaitu went for the audition, but he was sceptical about it. At the venue of the audition, he was noticed by the programme head who heard Chaitu on the spot and hired him for the OB show ‘Red on Road’ straight away. On 11 September 2009, he started his journey as a radio jockey with Red FM Hyderabad.

Chaitu’s work in the OB show secured him the opportunity to host the show ‘Midnight Biryani’ in 2013. Chaitu garnered a fanbase when he went out of character to give a motivational speech to cheer up a caller during his midnight show. The next morning, his audience showered immense love onto him. While recollecting the incident, in an interview, he said,

The next morning I had 250 mails of people telling me that they deeply connected to what I said that night…I realised that there are certain emotions people connect to and need someone to voice them…So if through my medium I’m able to make someone’s day better, I will keep doing that”

Thereafter, Chaitu ensured to add a motivational message every day at the end of his show. In 2015, he became the host of another show titled ‘Zabardast Masti.’ The show went on to win the title of Best Radio Show (Non-Breakfast- Telugu) at Excellence in Radio Awards (ERA) in 2015, 2016, 2017, and 2019. Also, Red FM Hyderabad was awarded the title of Best FM Station South at ERA (2016).

In 2015, he hosted IPL from Hyderabad. Apart from hosting various events and TV shows, he also works as a voiceover artist.

Amid Covid-19 lockdown, he started a now-defunct Youtube channel ‘Chatterbox Chaitu.’ Noticing that there wasn’t a single proper show which had both games and interviews, he disrupted the space by introducing the show “Challenges with Chatterbox Chaitu” (2021) on his channel. The game show was divided into four sections — one minute, 30 seconds, 20 seconds and 10 seconds — for each of the challenges, which created curiosity among both the audience as well as the celebrities who played it. The show’s first episode on YouTube with Syed Sohel, Akhil Sarthak, and Ariyana Glory was a big hit, garnering one million views within a week.

In 2021, he established a self-titled YouTube channel on which he interviews and plays games with his friends, posts random vlogs, and takes up food challenges.

In 2022, he appeared as a contestant in the Indian Telugu-language reality digital series Bigg Boss Non-Stop Telugu (2022), where he joined the Team Challengers. 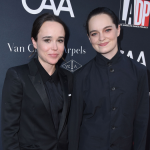 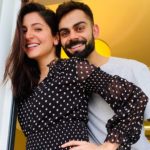 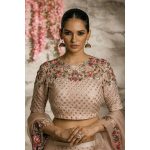