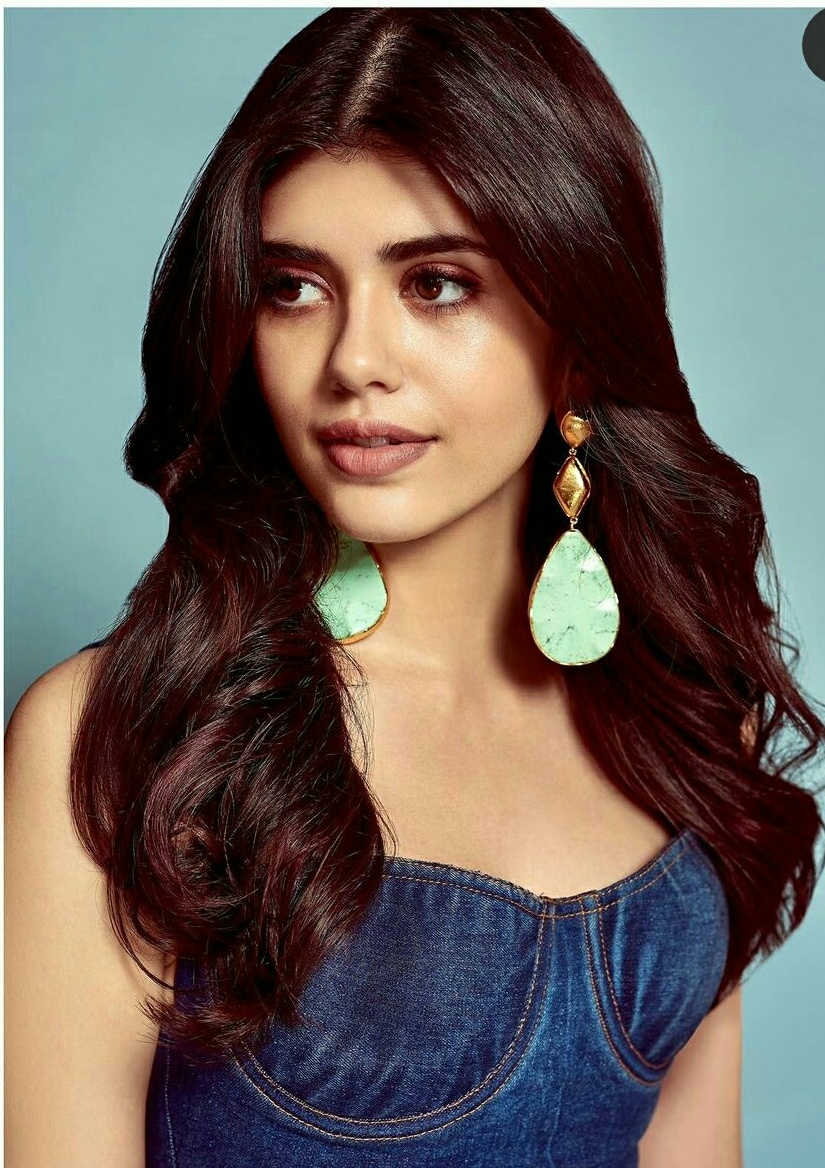 Sanjana Sanghi is a brilliant actress and model in India, she grabbed the news headlines when she appeared in Bollywood hit film Dil Bechara in 2020. Sanjana Sanghi age is 25 (years old) as 2021. She was born and grew up in capital of India- Delhi and belongs to well educated family, her father is well settled businessman and her brother is worked in Google. The net worth of her is estimated around $1-$2 million dollar.

She claimed that, co-star Sushant Rajput Singh misbehaved and sexually harassing with her, when she was on shooting for film “Dil Bechara” with his but the actor denied all the fake allegations.

She was born in well-educated family in Delhi on 2 September 1996, she completed her primary education from Modern School, Barakhamba Road, New Delhi and also active in extra- curricular activities like dance.

She was brilliant in her school studies due to which she got admission in Lady Shri Ram College for Women, New Delhi and completed her college degree in Journalism and mass communication.

Sanjana gained the gold medal from the University of Delhi for her excellence in degree.

She has gained the appreciation letter from the HRD minister Smriti Irani for her focusable and brilliant performance in her studies.

She started her acting career with Bollywood film Rockstar at the age of 14 along with famous actor Ranbir Kapoor and Nargis Fakhri in 2011.

After she entered in film industry she started getting worked in commercial ads with big brands including Aircel, Coca-Cola, Cadbury, Myntra, Ponds Beauty and many more.

She also appeared in Irrfan Khan film Hindi Medium in 2017 and the same year she grabbed the role in Fukrey Returns.

The famous actor Late Sushant Singh Rajput in his last film Dil Bechara (2020), she also grabbed the lead role along with his and gained huge fame by the audience and fans.

This movie was remaking of Hollywood film “The Fault In Our Stars” which was based on the 2012 novel of the same name John Green.

In 2021, she also got chance to worked with Aditya Roy Kapur in film Om: The Battle Within and she learned some kickboxing skills for the film.

She also appeared in comedy show The Kapil Sharma Show with singer Guru Randhawa in January 2021.

She received the “Times Power Woman” award by the Times of India in 2020.

She also appeared in music video “Mehendi Wale Haath” alongside Guru Randhawa in 2021.

She also featured on the cover page of various magazines like Cosmopolitan, The Man, etc. in 2020.