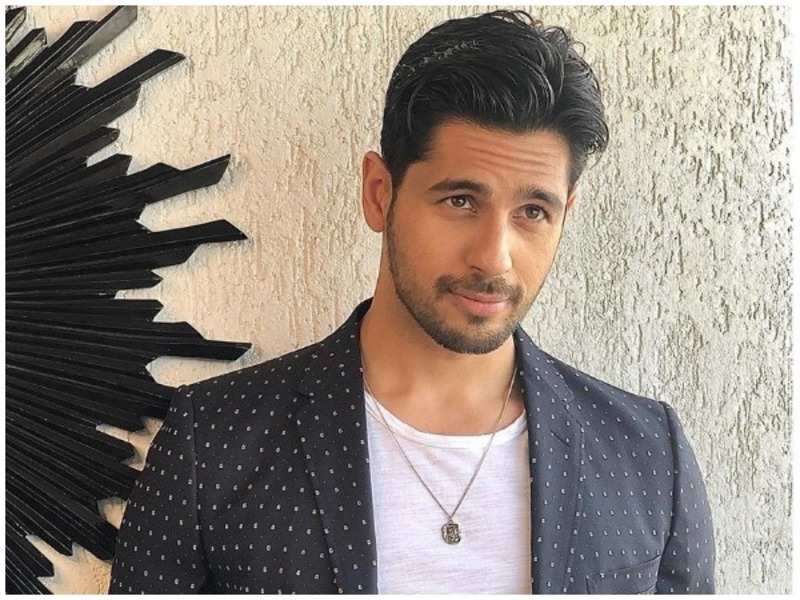 Sidharth Malhotra is a popular actor and model in bollywood, he struggle lots of in early days in Television and modeling career then he appeared in films. He got famed after his film ‘Student of the Year” in 2012, Sidharth Malhotra age is 36 as in 2021 and celebrated his birthday on 16 January with his fans and family members. Now he spent time with girlfriend Kiara Advani and enjoy vacation in Maldives [1]. He also considered to Shah Rukh Khan as role Model in life.

Sidharth Malhotra gave auditioned in Anubhav Sinha’s Film and selected for role then he went to Mumbai for acting.

He also doing some small jobs like Clapper boy in film Ra.One and faces so many problems for to succed in actings.

He seleceted for his debut movie “Fashion” with famous actress Priyanka Chopra but he already had signed with Gladrags so he missed the film.

He began his film career in industry as an assistant director in Karan Johar film “My Name is Khan” and later he got offered for his debut film Student of the Year with Varun Dhawan and Alia Bhatt in 2012.

During the debut film shoots he dated a South African girl.

Then he appeared in romantic film Hasee Toh Phasee in 2014 with co-stars Parineeti Chopra and Adha Sharma.

In same year Ek Villain also rleased in which he played role as a Guru with starring Shraddha Kapoor and Riteish Deshmukh, and gained so much loves from audition and also Salman Khan he gifted watch for his movie to him.

He was involved in controversy when he passes out the comment on Madhuri Dixit during the talk show that he was has wish to takes her on bed for love.

Two boys was used his name in merchandise and t-shirts collection and also run his name website then he sued on these two for Rs. 10 Crore.

Sid was born in middle class family in capital of India- New Delhi, and completed his schooling and college degree from his hometown city Delhi.

Since his childhood age he was performed dance and drama shows in nearby events then his curiosity and interest was developed in acting.

His father wanted his to become an engineer but due to unsatisfied from his college studies he does not study further after the B.Com graduation.

He has huge crush towards sports especially in Rugby game he joined the club of Delhi.

Sid in his teen age he appeared in TV serial “Dharti Ka Veer Yodha Prithviraj Chauhan” as a Jaichand of younger brother of Prithviraj Chaughan which was published on Star Plus channel.

Then he also decided to become a model and he starting to make career in modeling but he got so many rejections but after some struggles he was selected by the International designer Roberto Cavalli’s for commercial ads.

He featured in various magazines as a model in different categories such as Redbook, Men’s Health and Gladrags.