Sunil Valson is a former Indian cricketer and was part of the 14-member Indian squad for the 1983 Cricket World Cup. He was mainly a left-arm medium-pacer who played domestic cricket from 1981 to 1987. However, he hasn’t played any international game for India.

Sunil Valson is a former Indian cricketer and was part of the 14-member Indian squad for the 1983 Cricket World Cup. He was mainly a left-arm medium-pacer who played domestic cricket from 1981 to 1987. However, he hasn’t played any international game for India.

He is married. Not much information is available about his family.

At the starting of his career, he played for Tamil Nadu in 1981-82 against whom he took 26 wickets in five matches. Then he got selected in the South Zone team for the Duleep and Deodhar Trophy. After which, he decided to represent Delhi in the next season.

While he was playing for the Durham West Coast league in England, he got the call to represent the Indian team for the 1983 World Cup. To confirm the news, he called his teammate Kirti Azad who at that time was playing club cricket in London. In an interview, he recalled, [1]

“I knew it would be very difficult to get into the playing XI. I didn’t get a chance to play the match, but 14 players in the team had won the World Cup and I was one of them. No one can take away this right from me.”

He was waiting for his chance to feature in the Indian playing eleven in any of the matches of the World Cup but due to the performance by Indian pace attack Kapil Dev, Madan Lal, Roger Binny, and Balwinder Sandhu he could not make it to the playing side. He was the 12th man in a match against Zimbabwe where Kapil Dev scored 175 not out. Once, he revealed,

“Yes, there was one game. The second round-robin game against West Indies which we lost (by 66 runs). I don’t remember the ground (Oval). If I remember correctly Roger was having some niggle – hamstring or calf, I can’t recollect now. Kapil had said if Roger failed the fitness Test, I would play. Who isn’t excited at the whiff of an opportunity.”

After the World Cup, he represented Railways and became part of the team that reached the 1987 Ranji Trophy Final. 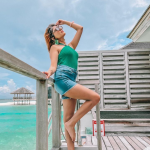 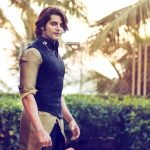