The name of his wife is Shakti Luther who is an associate professor at HP University.

Tarun Kapoor with his wife

Tarun Kapoor worked for more than 33 years in various positions in different states of India till 2022. He is a retired IAS officer from the 1987 batch of Himachal Pradesh Cadre. He served as the Vice-Chairman of the Delhi Development Authority before he was posted as the Petroleum and Natural Gas Secretary of India. During his tenure in Himachal Pradesh, Tarun Kapoor worked as an Additional Chief Secretary at various departments of the state such as Power, Environment & Forests, Food and Civil Supplies, Excise, and PWD as Additional Chief Secretary. In 2011, Tarun Kapoor was appointed as the Joint Secretary in the Ministry of New and Renewable Energy on the National Solar Mission, and he served in this position till 2016. Later, the Satluj Jal Vidyut Nigam Ltd, a CPSE in the area of hydropower was looked after by Tarun Kapoor. During his tenure as the Joint Secretary in the Ministry of Renewable Energy, the blueprint, which was under the Prime Minister’s plan for promoting solar energy was prepared by Tarun Kapoor. Meanwhile, he became popular with the name IAS Solar Man. In 2018, Tarun Kapoor was appointed as the Chief Secretary of Himachal Pradesh state and the Director of Panchayati Raj and Rural Development in the State Government, and the Deputy Commissioner of Shimla and Chamba districts. He served in these positions till 2021. He also worked as the Resident Commissioner of Pangi, a tribal area in ​​Himachal Pradesh. Later, he was appointed as the Secretary or Principal Secretary to Public Works, Forest and Environment, Excise and Taxation, Food and Supplies Departments. Tarun Kapoor was appointed to design and implement the free LPG cylinders-to-households scheme during the COVID-19 pandemic in India. During this time, he became popular as “Modi’s man.” Reportedly, several national-level projects in India were handled by Tarun Kapoor under the guidance of Prime Minister Narendra Modi. A senior official of the ministry stated at a media conference,

Kapoor has been close to the PM as a low-profile and old-school officer, whose notes and ideas never go wrong. He also worked on another of the PM’s pet projects — development of city gas distribution networks under the Petroleum and Natural Gas Regulatory Board (PNGRB) Act, 2006.”

In May 2022, Tarun Kapoor was appointed as an advisor to Prime Minister Narendra Modi. 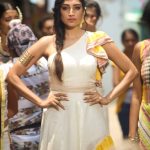