Vinod Kapri is an Indian journalist, film director, writer, and producer. He is known for directing the 2015 Hindi film ‘Miss Tanakpur Haazir Ho.’

Vinod Kapri was born on Sunday, 15 August 1971 (age 50 years; as of 2021) in Military Hospital, Secunderabad, Andhra Pradesh, India. His hometown is in Pithoragarh, Uttarakhand. His zodiac sign is Leo.

A childhood picture of Vinod Kapri with his parents

A short biography of Vinod Kapri

While he was in class 9, he started writing short stories.

His father, D.S. Kapari, is a retired army personnel. His mother’s name is Bhagirathi. He has two siblings.

Vinod Kapri with his father

In 2009, he got married to the Indian journalist Sakshi Joshi. The couple has two sons named Aaryaman Kapri and Ahaan Kapari.

Vinod Kapri with his wife

Vinod Kapri with his sons

A document filled by Vinod Kapri

At the age of 16, he penned down a story for the Indian newspaper Amar Ujala and received a money order worth Rs. 15 for it. Later, some of his stories were published in various leading Indian newspapers such as Dainik Jagran, Dainik Hindustan, and Dainik Aaj. While he was in school, one of his novels was published in a weekly series. He launched ‘Indian Econo Patrika,’ a monthly magazine, at the age of 19. He wrote a book titled ‘1232 KMS’ in 2021 which is available in various languages like Hindi, Tamil, Kannada, and Telugu.

At the age of 20, he started working as a journalist with the Hindi daily Jansandesh. He started working as a trainee at Dainik Jagran in 1992 and worked there for almost four months. He then started working as a reporter at Amar Ujala. After joining Zee News in 1995 as a trainee reporter, the Indian editor Rajat Sharma asked him to cover a story on the UPA government. Within a short span, he became a well-established Indian political reporter. While he was working with the Zee News, he also worked as Bureau Chief in Uttar Pradesh. He has hosted many Hindi news shows as a news reporter including News top 10, Hindustan Hamara, Crime Reporter, Kaun Hai, Top 20 reporter, Superfast 200, and Nonstop Superfast. Kapri hosted a live TV show on Aarif and Gudiya (a Muslim couple; in 2004).

He worked as a producer and anchor for the weekly news show ‘Ek Aur Nazariya’ which was aired on Zee India TV in 1998. For the show, he worked on documentaries on the Dalai Lama, homosexuals, euthanasia, Doms of Benares, Mahakumbh of Allahabad. During his tenure there, he also worked on the documentary of Aghori Sadhu of Haridwar, and according to the media sources, it was the first documentary on Aghori Sadhu which was telecasted on television. He worked as a producer for Zee News morning show ‘Morning Zee’ from 1999 to 2001. He was promoted as the output editor in 2002 at Zee News. After almost two years, he quit his job at Zee News and joined Star News as an executive producer. After working there for almost three years, he started working as a managing director at India TV. Vinod has produced a few Hindi documentaries like the 13 December Parliament Attack, the 26/11 Mumbai Terror Attack, and The Life of Anna Hazare.

He debuted as a filmmaker with the Indian documentary film ‘Can’t Take This Shit Anymore.’ The film was based on the issues of defection in the open.

Vinod made his Bollywood debut as a filmmaker in the 2015 Hindi film ‘Miss Tanakpur Haazir Ho.’ The film received great appreciation from the critics. During an interview, while talking about the reaction of various Indian celebrities to the film, he said,

It feels good when such big celebrities, who are in the industry for so many years, appreciate your work. There was a time when I was in doubt about the film’s release, but Hirani sahab and Anurag Kashyap helped me a lot. They watched my film and showed confidence in it. They were of the view that my work will be recognised.”

In 2015, a fatwa was issued by the Khap Panchayat in Muzaffarpur post the release of the Hindi film ‘Miss Tanakpur Haazir Ho.’ (in the same year) Later, the Indian farmer’s leader Rakesh Tikait demanded to ban the screening of the film.

2015: Best Film on Social Issues at the 62nd National Film Awards for the film Can’t Take This Shit Anymore

Vinod Kapri with his award 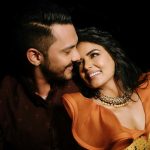 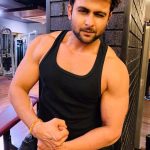