Manoj Bajpayee is one of the most versatile and humble actors of the Bollywood Industry. He is one of the finest method actors in the industry he gained popularity after doing so many small roles. Manoj Bajpayee’s age is 52 (years old) as of 2021. He was born in a small village Belwa in Bihar. Being born in a farmer family background he used to do farming in his childhood during his vacation.

Manoj Bajpayee is one of the most versatile and humble actors of the Bollywood Industry. He is one of the finest method actors in the industry he gained popularity after doing so many small roles. Manoj Bajpayee’s age is 52 (years old) as of 2021. He was born in a small village Belwa in Bihar. Being born in a farmer family background he used to do farming in his childhood during his vacation.

When Manoj moved to Delhi at merely the age of seventeen, he came to know about the National School of Drama. Inspite of being a farmer son, from his childhood he wanted to be an actor. He struggle a lot in his early days of acting career. Bajpayee has started with a one-minute role in a movie named Drohkaal(1994) Govind Nahalani’s movie. He also worked in Bandit Queen.

In Initial days, he used to work in televisions also such as Kalakar, Imtihaan, Swabhimaan.

Manoj Bajpayee gainedpopularityafter Satya(1998), In which he gave the phenominal and memrable performes as a gangster Bhiku Matre. One of the famous dialouge of the movie is

He was praised for his performance in the movie.

Manoj Bajapayee also known as Manoj Bajpai was born on 23 April 1969 in a small village. His father Radhakant Bajpai was a farmer and his mother was a housewife.

He did initial study in a hut school later he went to the school name Khrit Raja High School, Betiah. Bajpayee has 5 other sibling and one of the sister is a Fashion Designer in Bollywood.

Since childhood he wanted to become an actor. After moving to Delhi to complete his furthre education he came to know about National School of Drama where he learned acting.

He has been married to a Delhi Girl but they got divorce during his struggle time. Then he remarried to Neha also known as Shabana Raza (Actress) in 1998 and they have a daughter together.

Manoj does not smoke but drinks alcohol like other celebrities.

He was little shy in his school days. His teacher used to force him to recite various poem so that he can become confident.

When he first wanted to take admission to the National School of Drama he got rejected 3 times. Then he joined Barry John’s theatre group as an assistant.

He has worked in Rukh along with Adarsh Gourav, Smita Tambe, Kumud Mishra and Ehsaas Channa.

Later he got admission in the National School of Drama.

He doesn’t shy away to bring matter into the light. When it came to the disparity in pay he was vocal about it. He said that big stars can make huge amount by their special appearance but the small actor doesn’t get paid so well.

He got inspiration from Amitabh Bachchan, Naseeruddin Shah and Raghubir Yadav.

When asked about  his fitness secret he said

“It’s all about discipline. We start our day with yoga and meditation. Even my eight-year-old is now used to this. I also go to the gym, run, do suryanamaskars.”

Recently he was diagnosed Covid -19 Positive, on which he stated

“Physically and mentally, it has been very exhausting’”

His new show is about to premiere on Zee5,

On winning his 3rd National award for Best Actor, he talks about how it felt  and he stated

“I am feeling so happy, not only for myself but also for my director Devashish Makhija, who has put all his beliefs and energy into it. I also feel thankful to Sandip Kapoor, Piyush Singh, and all the producers who have put in their energy and support in making this film. Also to each and everyone on the jury who thought it fit to give me this award.

Many times in the past, I felt many of my deserving ones got somewhere left out, but Bhonsle getting it has completely covered or made me forget everything that I didn’t get in the past. I thank everyone.” 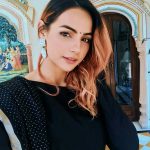 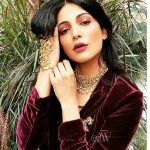