Yagya Bhasin is a popular Indian child actor. He appeared in the Bollywood film ‘Panga’ 2020 in which he played the character of Aditya.

Yagya was born in a North Indian family. His father Deepak Kumar Bhasin worked as a Section Officer at the High Court of Uttarakhand in Nainital. His mother’s name is Sonia Bhasin. Yagya’s parents left their jobs and moved to Mumbai for their son’s career in acting.

Yagya Bhasin with His Mother

In 2018, he played small roles in many TV serials including ‘Krishna Chali London,’ ‘Taarak Mehta Ka Ooltah Chashmah,’ and ‘CID.’

In 2020, he debuted in Bollywood with the film ‘Panga’ starring actors Kangana Ranaut and Jassi Gill.

He has appeared in various TV commercials with the ace actors like Amitabh Bachchan, Shah Rukh Khan, and Suniel Shetty.

Yagya Bhasin in an Advertisement 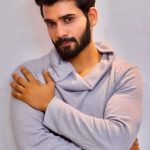 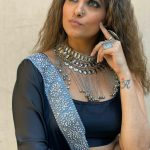