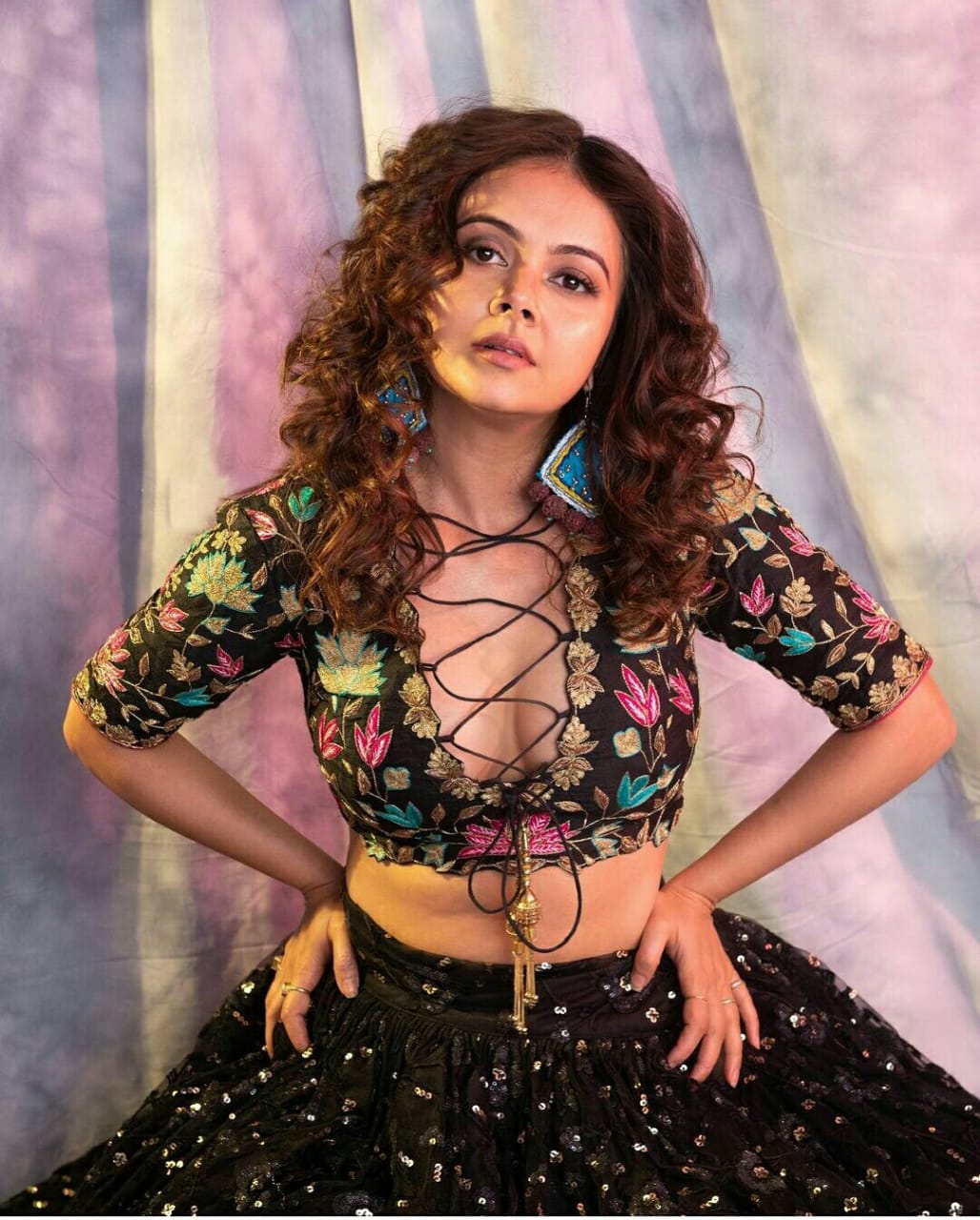 Devoleena Bhattacharjee is a famous television actress and great dancer in Bharatanatyam she is famous for her role in Gopi Modi in the serial “Saath Nibhaana Saathiya” that aired on Star Plus. Devoleena’s age is 31 (years old) as in 2021 and she was born in a Bengali family on 22 August 1990 in Assam. Her father died in 1997 when she was just 7 years old, she is very fluent in Bengali and Assamese languages due to her family background.  She has a boyfriend Vishal Singh who is a television actor.

She was born in Assam in a middle-class family, her father was a Bengali and her mother is an Assamese.

She completed her schooling from her town school and for further studies she moved to Delhi and enrolled in the National Institute of Fashion Technology, New Delhi for a Jewelry designing course.

Since her childhood she has extreme interest in dance and music then she started learning classical music at the age of 6 (years old).

She also master in Bharatanatyam Dancer, for learning dance skills she joined Kalakshetra Foundation in Chennai.

Before she ventured into acting, she played a number of roles such as “Sonitkuwari”, “Miri Jiyor”, “Ashimot Jaar Herbal Hima” and “Annie Frank’s Diary”

She was spotted the first time when she participated in the dance reality show Dance India Dance 2 and then got offered to play a role of Bani in the debut acting serial Sawaare Sabke Sapne Preeto that was published on Zee TV in 2011.

In 2012, she got the lead role for the first time in Star Plus serial drama Saath Nibhaana Saathiya and gained huge popularity in the television industry and was critically acclaimed by the audience and fans.

She also entered, in reality, show Box Cricket League as a contestant in 2016 and Killer Karaoke Atke Toh Latkah in 2014.

She also became a part of the reality show Bigg Boss 13 as a contestant and in the 2020 Bigg Boss 14 show she appeared as a guest.

In October 2020, she entered the second season of Saath Nibhaana Saathiya as a Gopi Modi but within one month she quit the serial.

Apart of acting she also try her luck in singing and released her debut song “Hey Gopal Krishna Karu Aarti Teri” in 2017.

TV actress Loveleen  Kaur got the role of “Paridhi” in the serial “Saath Nibhaana Saathiya” due to which Devoleena feels insecure with television actress Loveleen Kaur due to having a catfight with her in 2015.

She also fills a complaint to PETA due to kidnapping her pet dog “Jugnu” by Utkarsha Naik who played the role of “Pramila” in the serial “Saath Nibhaana Saathiya” in 2016.

In 2018, Bhattacharjee was stuck in a diamond trader murder case when Pant Nagar Police investigated and her phone number was found in Rajeshwar Udani’s (diamond merchant) call details but police normally asked the question about her phone calls then she releases the police custody.

She inked tattoos on different parts of her body

Breathe symbol- on her Left Wrist

Infinity design with text “faith” and “family”- on her Back

Lotus Flower- on her Lower Waist (right side)

Free spirit- on the Mid-riff

Text “Every Breathe is a choice, the optimist” with leaves and birds- on her Left foot