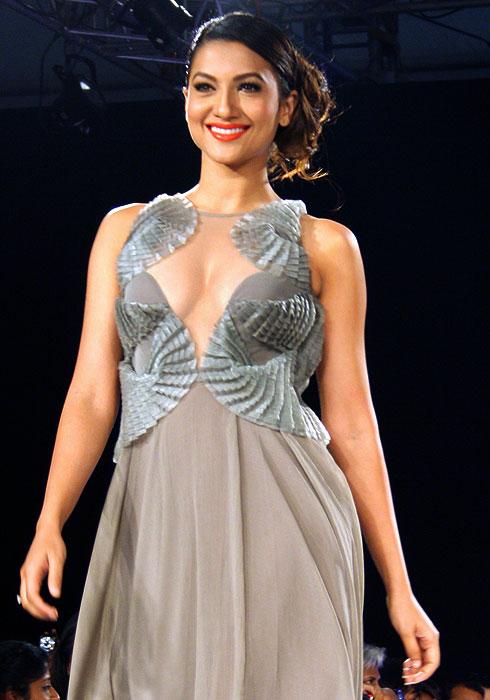 Gauahar Khan is an Indian Model, actress and winner of Bigg Boss 7 in 2013. She tie a knot along with Choreographer “Zaid Darbar” on 25th December 2020, her age is 36 years old as of 2020. Gauahar also relationship with her boyfriend Kushal Tandon and after breakup her relationship in November 2020 she started dating with Zaid Darbar (Husband) and marries with his.

Khan started her work as a Model and did various ads with famous brands such as Ford Ikon, Opel Car, Bajaj Auto, Tanisq Jewellery.

She did her first item song Nasha in film Aan: Men at Work in 2004 and Parda in famous movie Once Upon a Time In Mumbai in 2010.

She also tried her luck in Femina Miss India as a contestant in which she was the fourth one and won the Miss Talented titile in 2018.

She did her first debut movie Rocket Singh (2009) with Ranbir Kapoor which directed by Yash Raj Films.

She also joined Naagin 1 serial as a guest with special appearance, after proper ventured in entertainment, she got offered in reality show Bigg Boss 7 and paid 6 lakhs rupees per week and become a winner of the show.

She also participated in Fear Factor: Khatron Ke Khiladi in 5th season host in Colours TV as a contestant.

In current 2020 she is featured in Bigg Boss 14 as one of the senior of the contestant.

In 2012, Romantic movie Ishaqzaade in which she played a role as Cahand Bibi and gave famous song “Chokra Jawaan”

In 20, Mohammed Akil Malik slapped Gauahar Khan during the show “India’s Raw Star” because he was angery on her due to unfair dressing style. But he was claimed that she paid him for this incident.

Gauahar Khan was born in Muslim family in Pune, Maharashtra, she has five siblings in her family, Khan is youngest once out of five and sister of actress Nigaar Khan.

Khan completed her education from Mount Carmel Convent School, and grew up with her siblings and she was very naughty in her childhood.

Gauahar likes to roam from the college with her friends and travels in different countries.