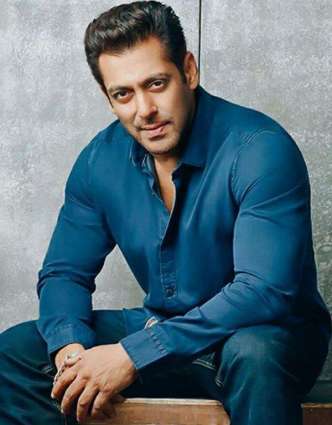 Salman Khan is a famous Indian actor, producer, entrepreneur and television personality Right now he looks like a smart guy his age is 55 years old as of 2020 and birthday is celebrated on 27th December with his family. He is popular and known for his hindi film “Wanted” and “Tere Naam”. His girlfriend Iuliya Vantur is also an actress, Salman Khan charged for his movie around Rs.60 crore per film and Net worth is 360 million dollar as in 2020.

In 1988 he started his career in film Biwi Ho To Aisi as supporting actor and dubbed his voice by dubbing artist, he acted in romantic based movie Maine Pyar Kiya in 1989 and became hit movie at that time and India’s highest grossing film.

He also appeared with co-starring Aamir Khan in Andaz Apna Apna (1994), famous movie Karan Arjun was released in 1995 along with Shah Rukh Khan.

In 2003, Tere Naam he become popular due to his hair style (center partition) become a part of trends and popular in youth of his hairstyle.

When Abbas-Mustan offered negative role movie in Baazigar, he rejected the movie but later movie was signed by Shah Rukh Khan.

Mostly his movie was released on festival EID, In 2009, when his movie Wanted was released in theatre, huge fan of Salman copy his styles like hairstyle, dressing style and specially bracelet of blue stone.

In 2014 he launched second production house “Salman Khan Films” (SKF) and produced first movie which is a Canadian movie ‘Dr, Cabbie’ that became the second highest grossing movie in Canada.

Famous reality show Bigg Boss which hosted by Salman Khan since Bigg Boss 4 season and gained popularity due to his hosting style. Ventured his foot as a host in Bigg Boss and outdid the Amitabh Bachchan after Bigg Boss 3.

Khan hosted all the comings seasons of Bigg Boss after the Amitabh.

He did long fight with Vivek Oberoi on phone due to relationship between Aishwarya Rai and Vivek after the broke up with Salman girlfriend Aishwarya.

Blackbuck hunting case (1999) Salman bhai and his co-stars of Hum Saath Saath Hain has a case of haunting and killing a deer that is illegal to kill the blackbuck deer and chinkara (endangered) this was happen when they shoot the film in Jodhpur, Rajashtan.

On 5 April 2018, Jodhpur Court has charged under section 51 of wildlife protection Act and when he was found guilty in haunting case of blackbuck, Judge Dev Kumar khatri was sentenced to 5 years.

Hit-and- run case (2002): Khan was drove the car over the people due to which one man was killed and three was seriously injured. They were sleeping on footpath outside the bakery at night.

Fight with Shah Rukh Khan (2008): During the Katrina birthday celebration both Salman and Shah Rukh fought due to some reason.

Relationship: In 2002 Aishwarya rai parents filled a case against his for fictitious and harassment with her daughter, but later all the allegations was solved out.

Nepotism: After the suicide case of Sushant Singh Rajput he faced the backlash on Social media due to establish monopoly in bollywood industry, the outsider’s faces lots of problems due to promoting nepotism in industry. Some names which accused Abhinav Kasyap, Sonu Nigam and Sona Mohanpatra.

Salman Khan was born in filmy background family, he completed his education St. Xavier’s College Mumbai, and then he engaged in film industry started with small roles in movies.

His younger brother Arbaaz Khan and Sohail Khan grew up along with Salman Khan in Bandra, Mumbai. He was a swimmer since his childhood and play with his siblings.

His father Salim wanted him to become a cricketer, but he loves to become a writer likes his father, he has written films story like Chandramukhi and Veer.

His mother Sushila Charak changed her name ‘Salma Khan’ after married with Salim Khan, Salman is the eldest in all the siblings.

His brother Sohail and Arbaaz is also good actor

His father adopted the Arpita when she found on roads, he grew up as a daughter of Salim and sister of Salman bhai.