Jatin Goswami is an Indian actor. He is known for delivering great performances in films like Babumoshai Bandookbaaz and Hey Ram Hamne Gandhi Ko Maar Diya.

Jatin Goswami is an Indian actor. He is known for delivering great performances in films like Babumoshai Bandookbaaz and Hey Ram Hamne Gandhi Ko Maar Diya.

Jatin Goswami was born and raised in Mumbai, Maharashtra. He was fond of acting and drama since childhood. To pursue a career in acting, he attend Film and Television Institute of India, Pune to brush-up his acting skills.

Not much information is available about his family.

Jatin Goswami made his acting debut in 2009 with Joseph Mathew written and directed film ‘Bombay Summer.’ The film showcased a story of three friends struggling to survive in Mumbai and its eventual disintegration in the face of betrayal and personal loss. Jatin played a character named Madan opposite Gaurav Dwivedi and Samrat Chakrabarti.

In 2012, he became part of an action thriller film ‘Tezz.’ Jatin got the opportunity to work with Bollywood actors Ajay Devgn, Anil Kapoor, Kangana Ranaut, Zayed Khan, Sameera Reddy, and Boman Irani in the film. Jatin brushed up his acting skills with each passing role and started receiving critical appreciation for his acting skills. One of the major highlight of his career is his performance in ‘Babumoshai Bandookbaaz.’ The Kushan Nandy directed Hindi-language action thriller film presents the life and times of a small time contract killer, Babu, his love, his friends, his rivalries, and his revenge. Jatin played the character of Banke Bihari, another contract killer who considers Babu Bihari, played by Nawazuddin Siddiqui, as his mentor. Th Bombay Summer actor delivered a phenomenal performance in Babumoshai Bandookbaaz and received huge  critical acclaims for it. The other cast of the film included Bidita Bag, Shraddha Das, Murali Sharma, Divya Dutta, Mahesh Chandra Deva, and a few others. The film was released theatrically on 25 August 2017.

Although the cast of the fim tried their best to present good film to the audience but ‘Babumoshai Bandookbaaz’ faced huge backlash from the critics because of the offensive content shown in the film. One of the media house quoted the film as,

Cleavage, Nawazuddin Siddiqui, cussing, guns, murder, sex, cleavage, cussing, sex, Nawaz- repeat, end. That is Babumoshai Bandookbaaz, a movie which is a result of its entire team stripping themselves completely naked in every aspect of filmmaking, just to earn a profit. The film bombards you with every Hindi gaali you’ve heard, now I am not the sensitive type, from Takashi Miike to Pedro Almodovar I don’t mind edgy, abstract, offensive content in mainstream films. This film’s deeply crass yet immensely unapologetic core can only be compared to pornography, while the latter is crude physicality Babumoshai Bandookbaaz is a product of crude mentality.”

In 2019, the Bombay Summer summer actor made his television debut with Indian sci-fi TV series ‘Skyfire,’ directed by Soumik Sen. The series was premiered on ZEE5 on 22 May 2019. The lead cast of the series included Prateik Babbar, Sonal Chauhan, Jisshu Sengupta, and Denzil Smith. Jatin Goswami appeared as Sayyed Ali Hassan in the television series.

Jatin Goswami during the launch event of television series ‘Skyfire’

In 2022, Jatin Goswami was featured in ‘The Great Indian Murder ,’ a web series released on Disney+ Hotstar. It was a adaptation of Vikas Swarup’s 2016 bestseller Six Suspects. The trailer of the series was virtually released in the presence of Gaurav Banerjee, Content Head Disney+ Hotstar, and Ajay Devgn and Priti Vinay Sinha, both of whom were the producers of the series. In February 2022, he was also announced to have bagged a role in Ayushmann Khurrana starrer an upcoming Indian Hindi-language action thriller film ‘Anek.’ written and directed by Anubhav Sinha. 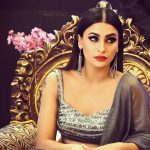 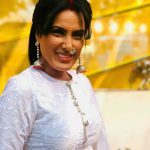 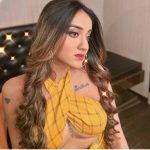 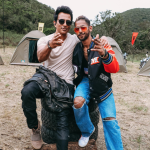