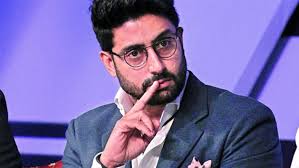 Abhishek Bachchan is an Indian actor and film producer, he is the son of famous actor Amitabh Bachchan. Abhishek age is 45 (years old) as 2021 and he is 2 years younger than his wife Aishwary Rai. Before the marriage he was engaged with his girlfriend Karisma Kapoor, he was born and brought up in Mumbai in well renowned Bachchan family. The net worth of his is estimated around Rs. 200 Crore and he charged Rs. 10-12 crore per film (as salary).

He began his career through LIC Company as an agent, but after some time he failed to success in it, he joined his father’s company-ABCL.

Abhishek made his debut movie Refugee in 2000, but the film was unsuccessful on the box-office in point of earning.

In 2001, he was the first choice of the Film Lagaan as Bhuvan’s role but he denied than Aamir Khan was signed the film.

In 2004, he gave hit film Dhoom, along with co-stars John Abraham after the 17 flops films one by one.

In 2007, he also got chance to play role in biopic film of ‘Dhirubhai Ambani’ titled Guru.

In film Raavan, for the role of Mani Ratnam, he lost 18 kg of his weight under the following well balanced diet and fitness trainer tips.

He also featured in the famous show “The Oprah Winfrey show” along with his wife Aishwaray Rai Bachchan.

Along with acting and he also a great producer and produced the first film Paa in 2009, and he received the National Film Award for the Best Feature Film in Hindi.

When his marriage successfully held, one of the background dancers Jhanvi Kapoor claimed that, she was in a relationship with Abishek since the film Dus (2005) and she is the mother of his child. She also tried to suicide outside his house “Prateeksha” but all the claimed was denied after the investigation, she was considered a fraud.

Abhishek was enjoying honeymoon In Florence (Italy)with his wife after marriage, but the film director Mani Ratnam of his film ‘Guru’ was angry on him due to not attending the film promotional campaign and also delaying the shooting of his film “Laaga Chunri Mein Daag” with actress Rani Mukerji.

He was born in well renowned filmy background family on 5 february 1976, he completed his schooling in different schools like one of  the Bombay Scottish School, Mumbai

And for higher education, he was moved in Switzerland for graduation in Aiglon College and in USA, he enrolled in Boston University for business course but he quit his college degree without completing.

In the age of childhood, Abhishek was dance on his father film DON song “Khaike Paan Banaras Wala” with the help of his father.

Bachchan was fallen in love of Karisma Kapoor on the occasion of his father Amitabh Bachchan’s 60th birthday, but within 3 months they separated due to family problems.

Abhi also had romantic relationship with actress Rani Mukerji while he was in shooting for the film “Yuva” and “Kabhi Alvida Naa Kehna” and dating to each other for period.

Abhi also came in news for dating with model & actress Dipannita Sharma but he engaged for short period.

He shared his romantic moment in an interview that, he proposed the Aishwarya Rai first time in a hotel balcony of New York, with the Rose flower.

Abhishek tied knot with Aishwarya Rai on 20 April 2007 and gave birth of his first child girl Aaradhya after 4 years in 2011.

“Earlier today both my father and I tested positive for COVID 19. Both of us having mild symptoms have been admitted to hospital. We have informed all the required authorities and our family and staff are all being tested. I request all to stay calm and not panic. Thank you. ??”__ Abhishek Bachchan (11 July, 2020)