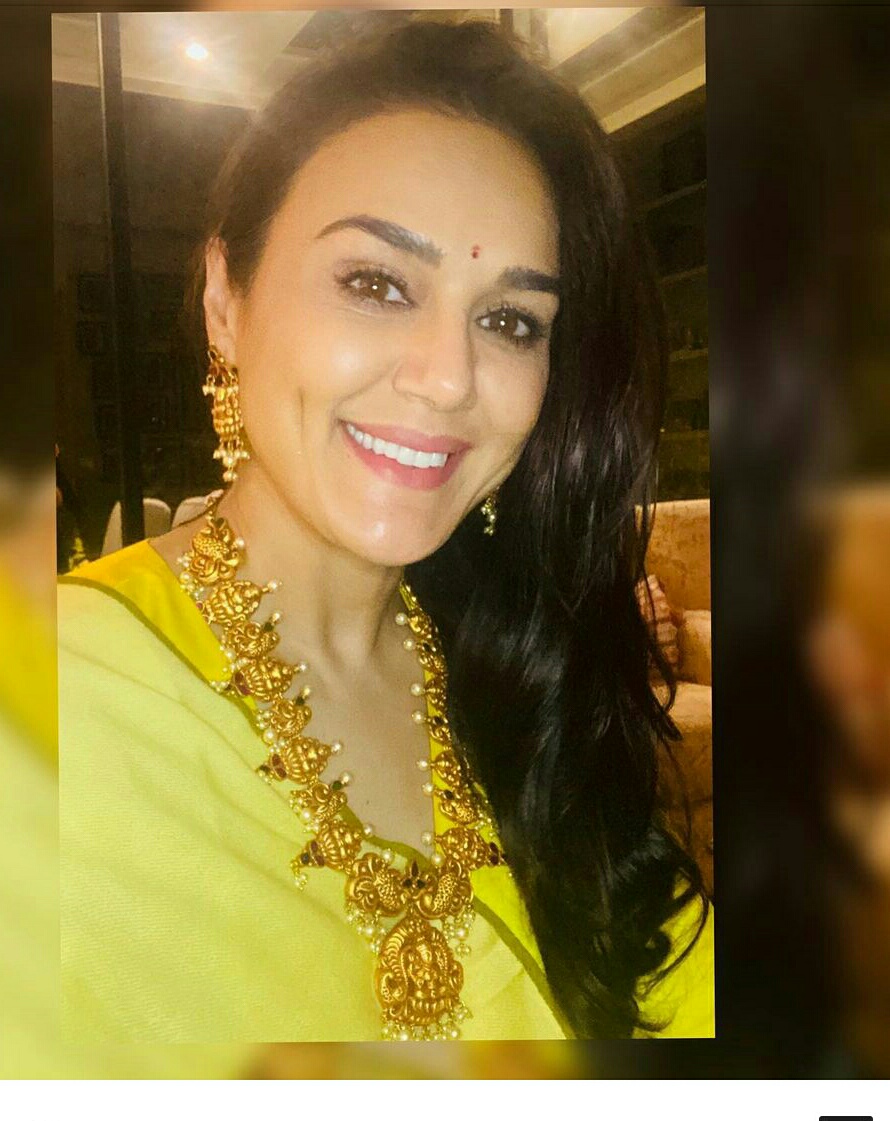 Preity Zinta is a famous Indian actress in Bollywood industry since 90’s. she had done many various hit films and received popularity in Nation. Preity Zinta age is 46 (years old) as in 2021 and celebrated her birthday on 31 January with her friends and family members, She loves to play basketball since her childhood. She bought the IPL team “Kings XI Punjab” with her boyfriend Ness Wadia in 2008. The name of her husband is ‘Gene Goodenough’ who is American financer in US based company and Preity net worth is estimated around $30 Million dollar.

She had romantic relationship with director Shekhar Kapur, interestingly he already got married person, though the result was Shekhar and his wife Suchitra Krishnamurthy was separated and finally divorced it.

She also filed a complaint against her ex-boyfriend Ness Wadia in 2015, because he molested her many times.

She was born in well educated family in Shimla on 31 January, her father was a Indian army officer but her father was died due to car accident and her mother was injured, she was just 13 years old.

She completed her schooling from boarding school in Shimla, since her childhood she has interest in studies that is why she performed well during exams.

For further studies, she enrolled in St. Bede’s College, Shimla and received the degree in English and postgraduate in Criminal Psychology.

In school days, she considered herself as a tomboy girl because she grew up with her brother, she has no sister, and she is the only one daughter of her parents.

After completed her studies, she decided to try her luck in modeling and she did first commercial ad with chocolate company Perk due to which she got chance to interact with director in 1996.

Then she gave auditions and got role in film ‘Tara Rum Pum Pum’ with opposite Hrithik Roshan but film was cancelled.

She tied knot with her boyfriend Gene Goodenough (American, Vice-President in Hydroelectric Company NLine Energy) after long relationship on 28 February 2016 in Los Angeles according to Hindu rituals.

She started her filmy career with debut movie Dil Se with stars Sharukh Khan and other film Soldier along with actor Bobby Deol in 1998 and action thriller film Sangharsh with Akshay Kumar in 1999.

She also worked in some Telugu movie like Premante Idera (1998) and Raja Kumarudu (1999) opposite Mahesh Babu.

She also got offered from English movies The Last Lear in 2007 and Heaven on Earth in 2008.

She loves to buy luxury branded shoes and she has huge collection of shoes.

She also learned some fighting skills for self defense under the trainer.