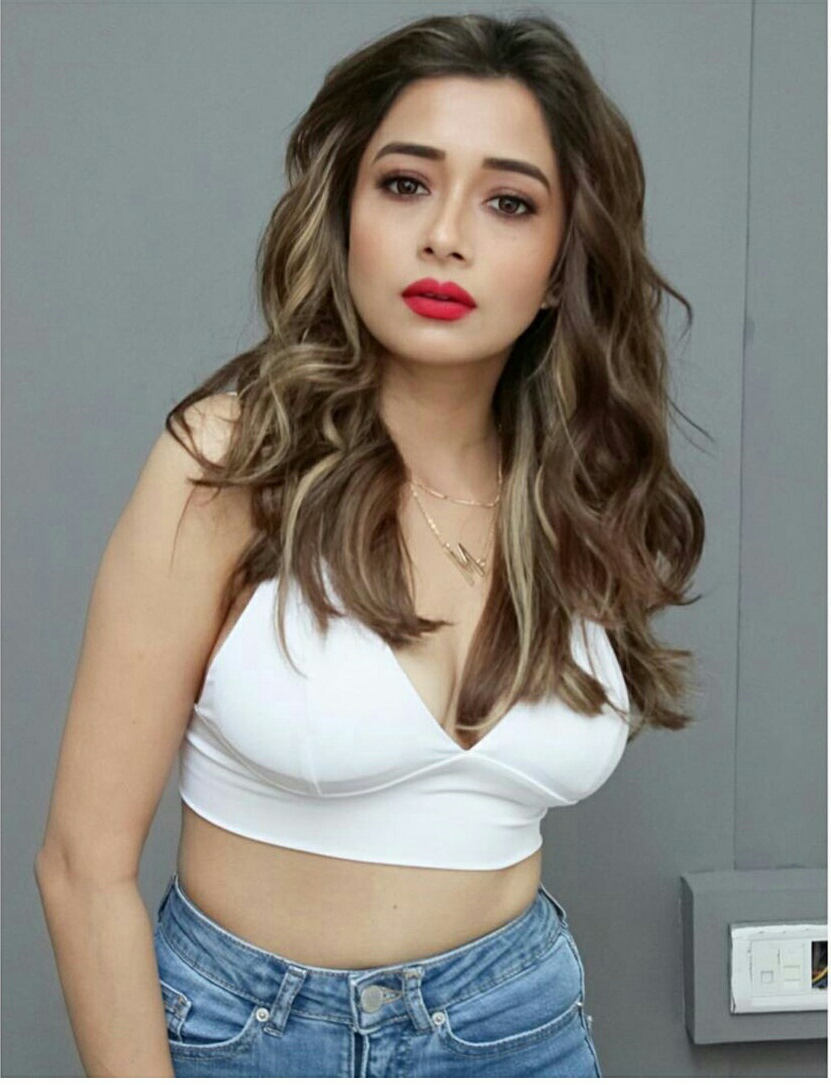 Tina Datta is an Indian television actress and model. She gained popularity due to her serial Uttaran role as ‘Iccha’ which telecast on Colors TV. She also appeared in reality show Bigg Boss 14 as a special guest with serial co-stars Rashami Desai in 2021. Tina Datta age is 30 (years old) as in 2021 born on 27 November 1991. She belongs to middle class Bengali-family and the Net worth of Tina Datta is estimated around Rs. 10 Crore. She also came in limelight due to her rumoured married with producer boyfriend Mahesh Kumar Jaishwal.

Once when she was busy in shooting of her serial ‘Uttaran’, suddenly she was indulged in Catfight with Sreejita De due to which she was minor injured on her hand.

She also grabbed the social media headlines that she was married to Supervising Producer ‘Mahesh Kumar Jaiswal’, but she denied the entire fake rumored story regarding her marriage.

She was born in Hindu-Bengali family in Culcutta (now Kolkata) on 27 November 1991. She completed her schooling from St. Paul’s Boarding & Day School, Khidderpore (Kolkata).

And for further education she was enrolled in University of Calcutta and completed her graduation degree in English Honors with good grades.

In the age of childhood, her parents and friends preferred to call her Tinzi and since her childhood she was look-alike a model, actor due to her mimicry acting and beautifulness.

And at the age of 5, due to her mimicry skills, she got offered to acting in TV serials as a child artist.

In 2003, she made her acting debut Bengali film Chokher Bali as an actress and in Bollywood cinema Parineeta in 2005.

Then her turning point was came in 2009-2015, when she was grabbed the lead role in TV serial ‘Uttaran’ in which she played the role ‘Iccha Bharti Singh Bundela’ and aired on Colors’ TV channel and side by side she also played role in serial Koi Aane Ko Hai as Paromita.

In she also becomes a contestant in sports game show Box Cricket League in two seasons 1 and 2 in 2014 and 2016. She was a part of cricket team “Ahmedabad Express”.

Tina also grabbed the lead role in Romantic drama TV serial Daayan as Jahnvi, which directed by Ekta Kapoor and released on &TV channel in 2018-2019.

In 2020, she worked in web series Naxalbari as Ketki, which published on Zee5 platform.

In 2021, Tine also appeared in reality show Bigg Boss 14 as a guest with Rashami Desai to entertain the contestant inside the house.

She also visited Army base camp in Srinagar in October 2018 and make pose with AK 47 gun.